Hard to believe that I’ve never been fond of gaming laptops, but at CES 2017 they were pushed on the masses like never before. Historically, these behemoths only appealed to certain enthusiasts who were willing to pay a hell of lot of money just to entertain the idea and didn’t have much longevity when actually taken to task.

However, some of my harsh criticisms are getting addressed, and even though it looked like the same ol sharp Sci-fi angles many of them have noticeably evolved. With thinner bodies, better performance, and not-so ridiculous prices to finally be competitive.

A lot of these changes come with the consumer introduction of Intel’s seventh-generation Core CPUs also known as Kaby Lake, which boasts faster base clock speeds and improved state efficiency. Second, is Nvidia ditching its notebook GPU range, and utilizing components they’d fit in their desktop GeForce 10 models. This allows for uniformity with a detuned GTX 1050 serving as the standard graphics card, and even going as far as to cram fully sized GTX 1070 or GTX 1080 GPUs into hyper-performance laptops

First off is Lenovo who had the usual updates of business models like the ThinkPad X1, and have announced that they’re going all-in with the newly-formed Legion brand. Models like the Y520 and Y720 will be separate from Lenovo’s business-class offerings that cater to productivity, all the way up to hardcore gamers out there.

The Y720 is their best performer, featuring an Nvidia GeForce GTX 1060 internal graphics card and a 4K display. It can be configured with an Intel Core i7 CPU, 16GB of DDR4 memory, and a larger hard drive up to 1TB SSD from the base configuration. Other features include Thunderbolt 3/USB-C and a built-in wireless receiver for non-Bluetooth Xbox One controllers, and is VR-ready. The step-down Y520 is their entry-level laptop and has to make do with a GTX 1050, a Full HD (1,920×1,080) screen, and lacks the chops for VR. It is more affordable as a result.

Samsung is no stranger to building premium laptops, but believe it or not, they’ve never dabbled into gaming territory until now. At CES 2017 they kicked off their Odyssey series of laptops that aptly go by the names of Notebook Odyssey 15 (15.6-inch) and Notebook Odyssey 17 (17.3-inch), which is in relation to their screen sizes (duh!).

To mildly contrast the signature minimalism that Samsung laptops are known for, you get multicolored LED keyboard, decorative backlighting everywhere, and a slanted frame encompassing the touchpad. Look at the bottom panel and the superfluous detail continue with the cooling vents, all done in a crosshatch pattern that Samsung representatives were very proud of — coining the design as “hexaflow vents”.

But we reckon most people fawning for an Odyssey laptop will already be familiar with the Samsung Notebook lineup, and won’t want to migrate elsewhere. The 15.6-inch will have 256GB of PCIe SSD storage and a 1TB hard drive as an option, be capable of utilizing up to 32GB of DDR4 RAM clocked at 2.4GHz. The 15-inch model provides two SODIMM slots while the 17-inch variant offers four SODIMM slots. You’ll also get a Full HD (1,920×1,080) antiglare screen with antiglare coating and NVIDIA’s GeForce GTX 1050, however, not VR is left out of the equation.

Right now, you’ll either have to look elsewhere or wait until the specs are finalized. Pricing for the Odyssey 15 sit at $1199 and will arrive this spring and can be had in black or white, with the 17-inch following shortly.

Agreeable Gaming Comes To The Inspiron

With the Inspiron 15 7000 gaming laptop, Dell may have found a good combination of performance bits with everyday practicality. It’s definitely a 15-inch laptop that’s mainstream in general, but it sprinkles some of the hardware from the more expensive Alienware family, all below a very reasonable $800.

It probably won’t blow your socks off, but you can do some light to moderate gaming thanks largely to choices of either a GTX 1050 or 1050Ti that are capable of Full HD. That’s ok because it’s a package that doesn’t overpromise and serves as good investment if getting work done is a secondary need. Look-wise it does break the monotony with various red details on the keyboard, front lip, and fan vents. You can also have a seventh-gen Intel Core i7 and 4K screen if you so choose.

You really can’t talk about gaming laptops without mentioning the Acer Predator 21 X, a clamshell monstrosity that is proudly the antithesis of lightweight and more-or-less a desktop replacement that you have to carry with both hands. You’ll probably never see somebody carrying this outside or probably ever because it costs an absolutely jaw-dropping $8999.99.

Nothing about this is small with a curved 21-inch ultrawide 2,560×1,080 monitor, seventh-gen Intel Core i7 (7820HK) with 3.9GHz, four SODIMMs that can hold 64GB of DDR4 memory, up to four 512GB SSD (two are NVMe PCIe types) with a lone 1TB HDD, and dual GeForce GTX 1080 GPUs. As you can imagine, the Predator 21 X needs two power supplies to run, five system fans, has nine heat pipes to disperse temperature.

Then there’s the mechanical keyboard with Cherry MX Brown switches and each key has their RGB LED underneath, while the touchpad can be flipped over for a numerical keypad. Because of all this heft and computing prowess, the Predator 21 X weighs a 19.4 pounds so you’ll immediately strain your back if you attempt to travel with this big boy.

Certainly, the 21 X is absolute madness, but it makes the MSI GT83VR Titan SLI look so much more appealing as result for old-school laptop gamers. I admit that the GT83VR has been around for few months, evident from its sixth-generation Core i7 processor and only one GTX 1080 GPU. We think most people will manage since it can still hold multiple storage and max out at 64GB of DDR4 SODIMM, it’s also relatively less heavy weighing in at 12.2 pounds. The keyboard is mechanical also sports Cherry MX switches and the touchpad can digitally switch from cursor tracking to numeric keypad with one button.

So, if you want gaming laptop beast, MSI has a viable alternative with the GT83VR Titan SLI. Currently available at half the price of $4999.99. 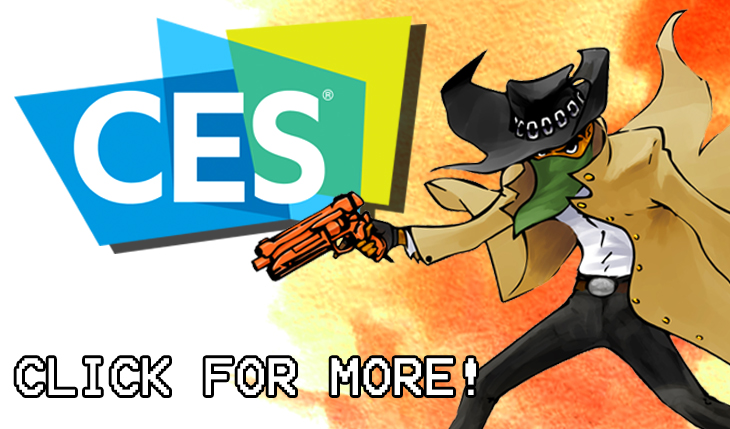 Herman reviews technology and gaming for the casual and inner enthusiast alike. Outside of the usual grind he enjoys drawing and is responsible for much of the website artwork.
Read posts by Herman Exum
Follow the Author: