There was no shortage of VR demos at this year’s CES, but there was little argument that Oculus was one of the definite buzzword above everything else. Shortly after Facebook acquiring them last year, many were anxious as to the company’s direction (now that there was someone else holding the purse strings). This was an experience that I didn’t want to miss for the first public showing of Oculus new prototype model “Crescent Bay”, an internal but not-quite DK3-ready version boasting a number of new improvements and upgrades from its predecessor.

Admittedly, I’ve only read articles and merely heard about the amazing strides the company has made from the receptive media outlets, to the even more eager crowds who were more starstruck than I was; the only other person I know to have access to one is our dedicated tech editor, who has a far more grounded opinion based on the previous DK2 and virtual reality in general. Despite that, I had to see for myself what Oculus improved by wading through a throng of like-minded fans and wait through Disney World-like lines, just to be granted a private room to experience the eye-opening 7-minute demo.

The take away for me? Oculus Rift is the most impressive and breathtaking VR experience I have ever witnessed, and is the closest we have ever come to full virtual reality.

The demo consisted of ten short vignettes that have no narrative connection to one another, but each of them presenting an incredible 360 degree world rife with details that set up a different zeal one after the other. But before getting into them, I did take special note of how much lighter this model is. With only tidbits of relayed information and minor caution from our guy who described the DK2 as “heavy” with neck strain as a result, I wasn’t sure if some ounces were shed of the back harness or from the streamlined visor, but there was a definite lightness in weight that felt refreshingly easy to move around. There was no user-controlled movement in the demos, which allowed the me to focus completely on looking around as much as possible. No matter how quickly I turned, the visor never jostled out of place and the graphics never took a dive or needed time to build the world I was suddenly looking at. Where ever I looked, there was a vibrant display of environment waiting for me.

Straight away a massive T-Rex was standing right in front of me. Its body heaved up and down with each breath, and its lean muscles bulged out, showing off its raw power. I inched towards it and was pleasantly surprised to see that the dinosaur seemed to get more detailed the closer I got. Without even thinking, I instinctively reached out and tried to touch its dusty, thick skin. More than once the Oculus fooled me into believing what was in front of me was real.

I was then whisked away to the surface of a moon-like planet. Millions of stars hung in the sky, and a ship in the distance was preparing to take off. Suddenly and without warning, a small alien was standing in front of me. Instead of fear or hostility, I actually felt as if the alien was just as curious as I was, the detail on him was stunning. From the pale skin texture, how its joints bent slowly and effortlessly, and especially the reflection in its big, black eyes. Essentially, we were both inspecting each other and marveling at one another’s unusual frame, almost silently asking “how did evolution get you to this point?”

While there were several other locales I was sent to (one of them eliciting a very real response of fear from those not fond of heights), the final vignette was easily the coup de grâce.

Suddenly, I was transported in the middle of a urban skirmish. Rubble, fire and bullets were flying everywhere. My character slowly moved forward through the action, allowing me to look around and let every detail really soak in. I looked right into the face on a soldier and I saw my reflection in his goggles. A gigantic spider-looking mech robot began shooting missiles everywhere; it hits a car and it explodes, glass flying towards me, the car in mid-air, about to land on my head…cut to black.

I literally had to catch my breath just to take in what just occurred, similar to mental shock. However I couldn’t rest just yet as I was rushed through a cavalcade of worlds boasting their own kind of appeal, but in all of these environments had one thing in common — the true potential of the Oculus Rift.

The only issue I had was that the experience itself was far too short to satisfy the sensory overload, I was swept up in the moment and could (and would have) stayed longer if the exhibit wasn’t handled like a pop-up cattle ranch — but I walked out a true believer nonetheless. There were no gimmicks here, no façade of impossibility; the Oculus hinges on something very real, even if the worlds are not. Delays notwithstanding, consumer virtual reality is all but a few months away now, and I don’t think things will be the same when it gets here. 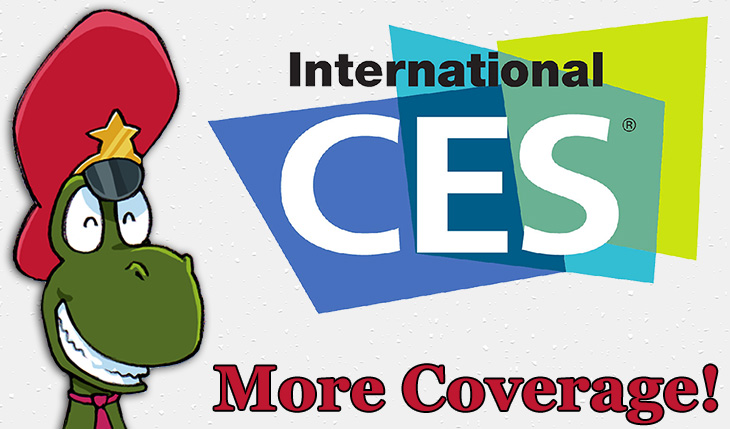 About the Author: Grayson Hamilton

Born and raised in San Antonio, Texas, Grayson has been a passionate gamer and writer for more than 20 years. He's also a sword collector and avid fan of video game fan art. Console of choice: PS4
Social: