Disney make quite a time jump in Solo: A Star Wars Story, taking audiences back to a time before Luke Skywalker destroyed the Death Star and the Empire’s domination was still on the rise. A time just after Anakin’s turn to the dark side of the Force was complete and plans for the Death Star were still missing and unaccounted for. In short, a time before whether Han shot first or not was up for discussion. Just kidding – he totally shot first. Sorry, Greedo.

The second in Disney’s Anthology films after Rogue One, Solo became infamous for its troubled production that saw original directors Phil Lord and Christopher Miller (The LEGO Movie) replaced by Ron Howard, a director with previous Lucasfilm cred (Willow) in tow. Once you get accustomed to the idea this is a younger, different Han Solo than the one made iconic by Harrison Ford get ready to settle in for another thrilling adventure in a galaxy far, far away.

If you’ve seen A New Hope (and surely you have) it should come as no surprise that Han starts out the film already in trouble trying to deliver a stolen package, only to leave it behind in order to save himself from certain doom (sound familiar?). This leads to him having a bounty on his head, which he decides to take care of by doing what he does best – running away. Things once again go terribly wrong when he gets separated from his girlfriend, Qi’ra (Emilia Clarke, Game of Thrones).

Helpless to save her, he vows to follow his dream of becoming a pilot and then come back for her. Only things take a turn for the worse…and even worse….and then even worse than that. Eventually, there really is no going back. Such is the life for a scruffy looking scoundrel.

Solo plays out like the typical cop ‘n robbers movie where you end up rooting for the robbers, but with the added thrill of playing in the Star Wars universe. And just when audiences become somewhat comfortable with that idea, Han is quick to remind us: “I’m definitely not the good guy. I’m not a good person.” Fair enough, but having the likes of Han (Alden Ehrenreich, Twixt, Tetro) say those words while proclaiming his affections to his beloved Qi’ra makes most of us swoon rather than run for the hills. Something I’m sure director Ron Howard (A Beautiful Mind, Apollo 13) was counting on.

The linear storytelling also allows for an easy viewing experience, giving us more time with the characters, instead of worrying about keeping up with multiple locations and parallel storylines as with Saga-focused Star Wars films. While there was plenty of action-packed, gun wielding and downright murderous death scenes throughout, it’s clear Solo was designed to a more character driven film that focuses on filling in the backgrounds of some of the most beloved characters in the Star Wars series.

We get to see Han when he’s young and in love, and when he’s lost. We also see him actually become Han Solo (spoiler: that’s not his birth name), and grow up amidst the fighting, death, and spectacular mayhem when taken under the wing of Beckett (Woody Harreleson), who quickly comes into his own as a character and force to be reckoned with, no pun intended.

And then there’s Chewbacca, whom I have a newfound love for since seeing this movie. For a character that can only ever (truly) be understood by Han, the way writers Jonathan and Lawrence Kasdan reveal Chewbacca’s past while sitting around a roaring campfire, with Han as narrator, gave the character and their friendship a depth that no real words ever could. In a way, their moments together are reminiscent of wordless relationship of The Shape of Water…only in a very platonic way, of course.

Without spoiling any of the more anticipated moments, let’s just say even the most skeptical fan will swoon when seeing the introduction of Han’s most famous counterpart, Lando Calrissian (Donald Glover, Atlanta), also rumored to be getting his own spinoff Anthology film.

Aside from all the furry monster love and action-packed stealing (which we really do get a lot of) the most interesting thing about Solo is the juxtaposition of good and bad, rather than the usual black and white notions of good vs. evil. This makes for a more interesting movie that creates dynamic characters and unpredictable choices for them to act upon…or not, as the case may be for some.

The revelation of a beloved character’s flaw is one of the most crucial elements for any film, and in Solo there are constant internal struggles burning within everyone. Watching this play out on screen, illuminated by the decisions they make from one scene to the next, transform what could have merely been an entertaining film into a more satisfying experience.

While some might say that this isn’t the Star Wars franchise “they grew up with”, Solo feels like a fresher, younger series, not unlike the most expensive CW show ever made. That’s not necessarily a bad thing. Young love and young blood are exactly what this series needs to keep people interested in it. With untimely passing of the beloved Carrie Fisher, going forward might be a bit hard, both creatively and emotionally, so returning to the nostalgia well may be the best choice for both Lucasfilm and Disney to keep the characters of Star Wars alive and in our hearts.

For those with unbridled love for the original Star Wars, Solo: A Star Wars Story will either be a treat or a pass. However, those not enamored with every detail of the original Saga – especially Harrison Ford’s Han Solo – will likely become this film’s biggest champions. Regardless, here’s a Star Wars film that feels fresh, vital, and eager to please, a morally ambiguous and action-packed spectacle with enough for everyone to get behind. After the tepid response for The Last Jedi, it’s enough to give disenchanted Star Wars fans, dare I say it, a new hope for the franchise. 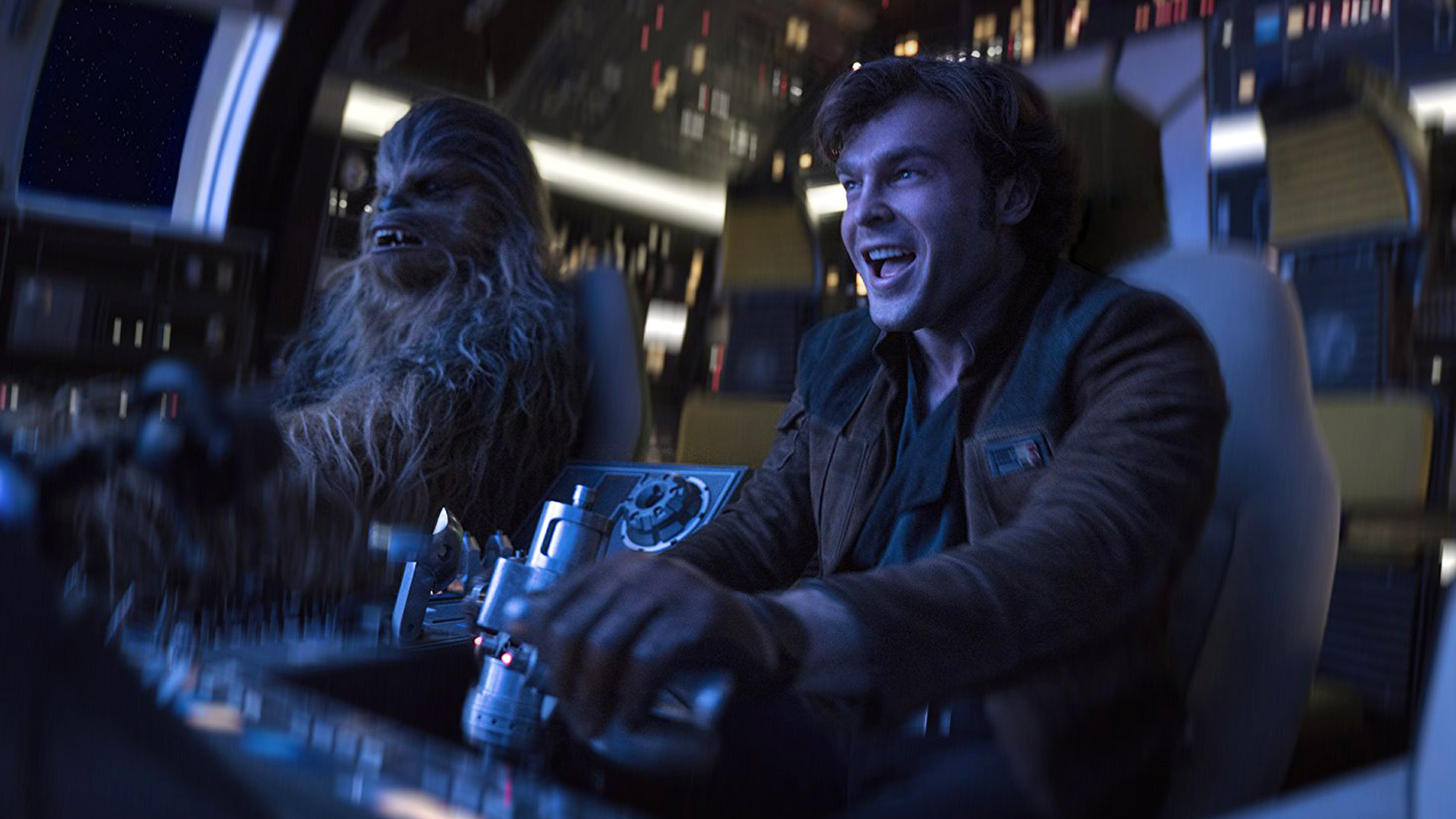 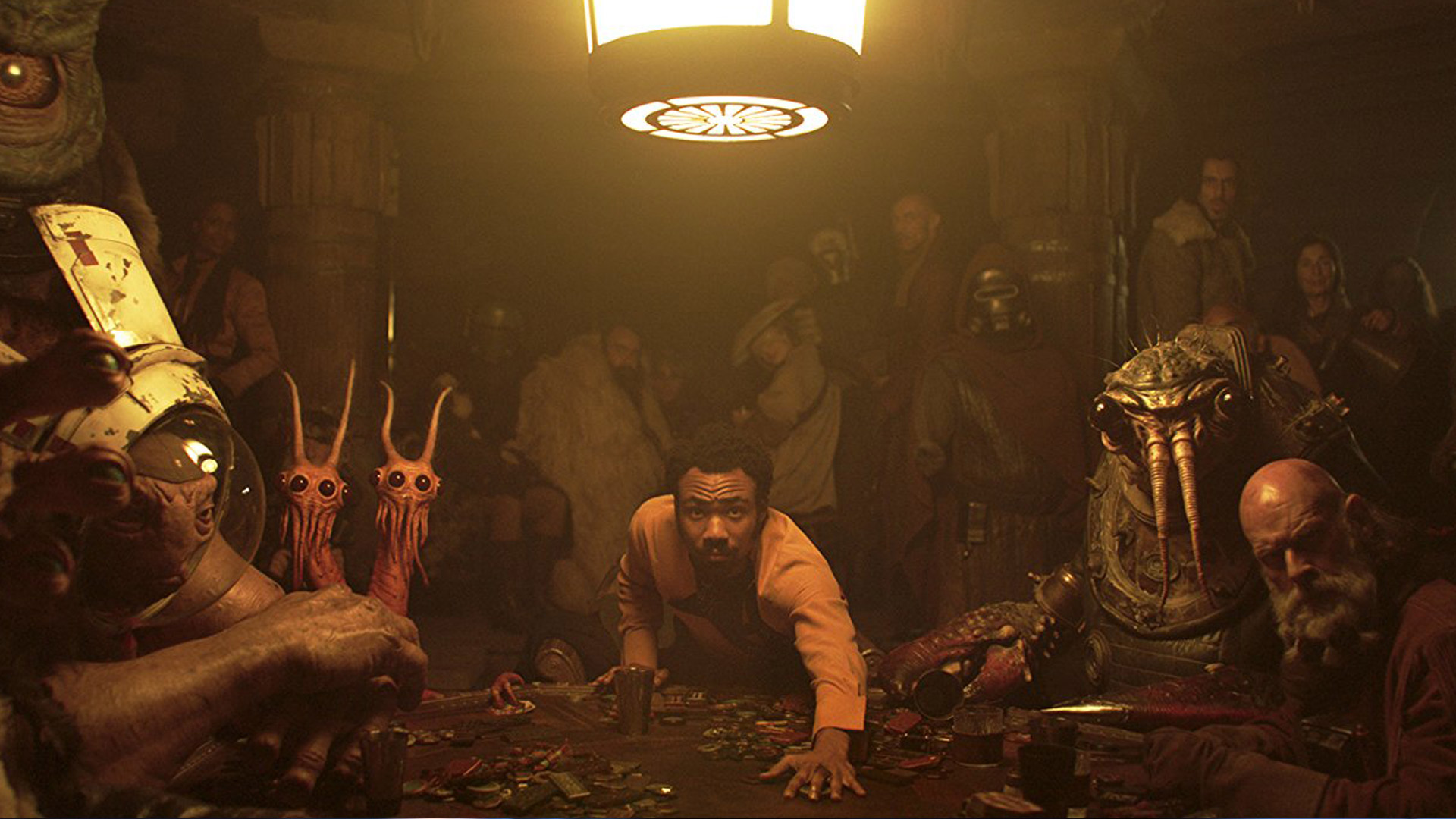 About the Author: Annette Palmer

A Southern California-living soul that loves a good movie wherever she finds one. By night she's a budding screenwriter and creator of epic stories and unsung heroes. A believer in happy endings.
Social:

Star Wars: The Rise of Skywalker and the End of an Era