The Nintendo Switch is the most popular console right now, and the floodgate of ports are flowing freely. We’re seeing the expected blend from surprisingly good to bland holdovers from recent years, some fairing better on the little hybrid console that only aims to please. That said, Worms W.M.D. sits firmly in the upper tier, with a few drawbacks to work around.

First off, if you consider yourself any type of gamer and haven’t heard of Worms before, shame on you. That’s because you’ve been missing out on one of the more underrated turn-based tactical strategy games around. This installment originally debuted elsewhere last year but now arrives on the Switch version with all the content and DLC of the original release, with additional emphasis on multiplayer online or offline with the Joy-Con or linking four Switch consoles wirelessly.

Newcomers will learn the basics thanks to a generous 30-level campaign that’s more of a tutorial, with a challenge mode if you need a break from multiplayer or want to complete your collection of rewards and outfits. Speaking of multiplayer, Worm W.M.D continues to be a solid game to play with friends who want more high-brow in their deathmatches, and things get even more respectable when taking your wormy platoon online. Hand on heart, this series has always been one of my favorite thinking man’s action games, and that’s just as true here.

For returning players, W.M.D. is mostly the same, with just a little bit more weaponry and a can of visual grease to keep things fresh. It continues to be fun and mildly engaging with the addition of vehicles to spice up the possible carnage: tanks (rockets), helicopters (airborne machine gun), even standing mechs (melee) to pilot. These are welcome additions offering a neutral variable that aren’t totally overpowered, and can be stolen back and forth per turn to keep it all entertaining.

Another feature is weapon crafting where you take items from the battlefield in order to augment them into more powerful or different weapons entirely. It’s another way to keep skirmishes interesting as well as decrease the reliance of grabbing that one devastating superweapon that can randomly wipe any opposing teams off the map. At the very least, W.M.D attempts to be more grounded than older titles like Worms: Armageddon.

However, a more polarizing aspect are the controls themselves, especially if you’re playing with stock Joy-Con controllers. I don’t like how sensitive they are for moving the camera across the map. The Joy-Con analog sticks never felt the best in these adult hands and Worms W.M.D is further evidence of this. This only gets more annoying when playing with one half of the Joy-Con among friends.

The control scheme can’t be customized, but it fares better if you’ve got a Pro Controller lying around for button placement and grip. If you’re the quirky type, you even use a GameCube controller if you have the Wii U adapter, but you can’t zoom the camera in or out since it lacks dual shoulder buttons. Basically, you’re compromised either way if you want to get your action on.

The changes in Worms W.M.D, and the series in general, are subtle, but the core fundamentals are tried and true. Visually, the game looks great and the vocal quips are semi-crude in all the right ways, and the joy of blowing worm foes to kingdom come remains pleasurable. There really isn’t much else to say about this iteration of the game, minus my gripes with the controls, but even these complaints aren’t enough to ruin a good time. The biggest advantage is just the fact that you can take it with you wherever you go. 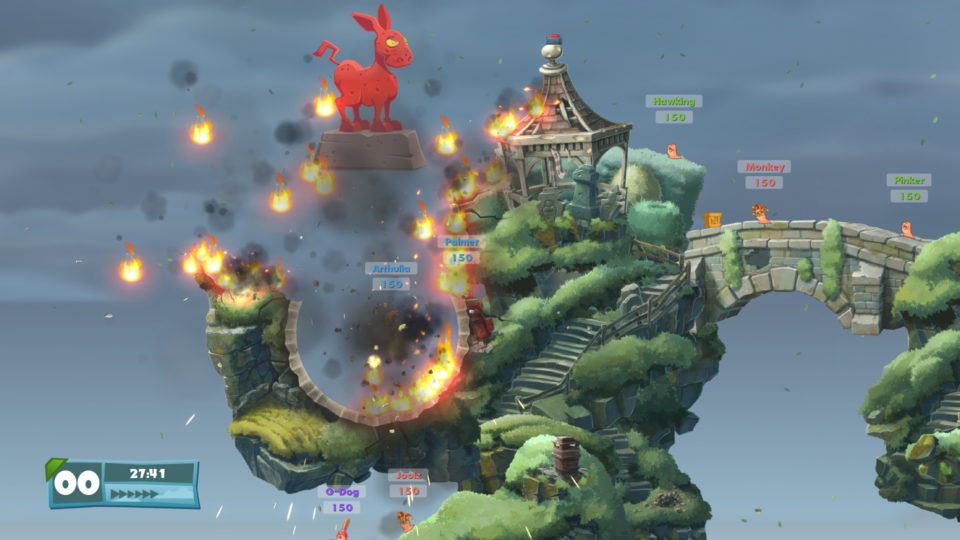 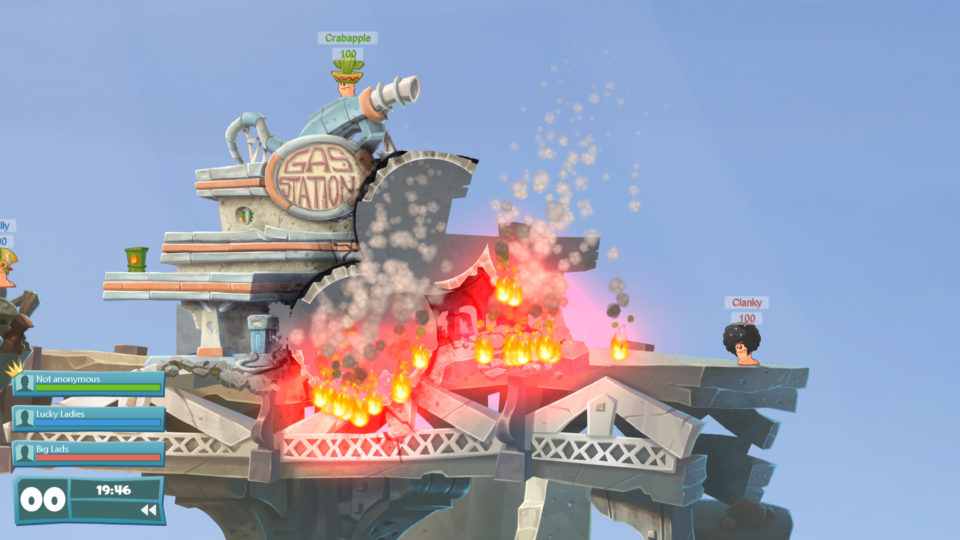 About the Author: Herman Exum

Herman reviews technology and gaming for the casual and inner enthusiast alike. Outside of the usual grind he enjoys drawing and is responsible for much of the website artwork.
Social: