It takes a lot for a game to both look and play in a unique fashion these days. The indie rush of the late 2000s resulted in everyone and their many cousins popping out games left and right, many of them relying on a unique graphical style to leave a mark. In 2017, however, it takes more than just great looks to sell a game to the public; how fortunate for Tokyo 42 that there’s more going on in this action-filled assassination spree than initially meets the eye.

Someone’s been assassinated! In 2042 that’s not really a big deal, since everyone takes Nanomeds that keep them from permanently dying…well, except this time. The corpse in question is going to remain a corpse. Also, you’ve been framed for the murder. Things aren’t looking great for you. What’s a fugitive to do? Well, become an actual assassin and actually kill people to make money, work your way up, find out who framed you and prove you didn’t kill that one guy! Assassinate people to clear your name and prove you aren’t an assassin! That should work out, right?

Tokyo 42 is most reminiscent of Hotline Miami; typically you only need one well-placed shot to end someone’s life, but the same can be said for you. That means that precision, evasion and stealth are all key to successful assassinations. You’re almost always offered a ton of freedom with which to plan and execute your hits, which makes for a great time as you try to figure out how to use your selection of gadgets and weapons to do something seemingly impossible.

Said selection is impressive, to say the least. There are plenty of tools to put to work in your particular trade, in particular a whole bunch of nice, shooty weapons that are great for blasting fools. I found myself particularly enamored with the various flavors of shotgun pistol; it’s easy to clean out small groups with a sniper or assault rifle, but when it comes to the giant hordes you sometimes have to deal with, nothing beats a shotty. Even heavier options are available, up to and including a nice, big rocket launcher. You’ve got grenades as well, including various types and amounts to fling at once, as well as some melee weapon options for stealth fans. On the gear side, your most valuable option is your stealth suit, which allows you to change appearance using a rechargeable battery to hide from pursuers and blend into hostile locations.

The most striking aspect of Tokyo 42 is, of course, its aesthetic. If you know anything about this game, you know that it’s got a very unique look; there’s a sort of cubist or modernist appeal that relies on vast, sweeping swaths of color to contrast with the delicate nature of the work you’re doing. This can take some getting used to, particularly with the manual camera controls, but the urge to keep playing just to see more of the game world was very present during my time with Tokyo 42. Sound design and music, meanwhile, generally lean toward the minimal, allowing the action and the setting in which it takes place to take center stage. The only real exception are the character portraits used during dialogue, which are big, pixelated and kind of stand out uncomfortably from the smoothness characterizing the rest of the game.

It’s certainly an impressive-looking game, but the dedication to interesting level design in Tokyo 42 allows players to approach goals in their own way is the real accomplishment here. The first time you take out a target by sniping him as a thrown grenade lands on his bodyguard retinue, you’ll be sold. Definitely make time for this one, particularly if you’re a fan of Hotline Miami or the Hitman series. 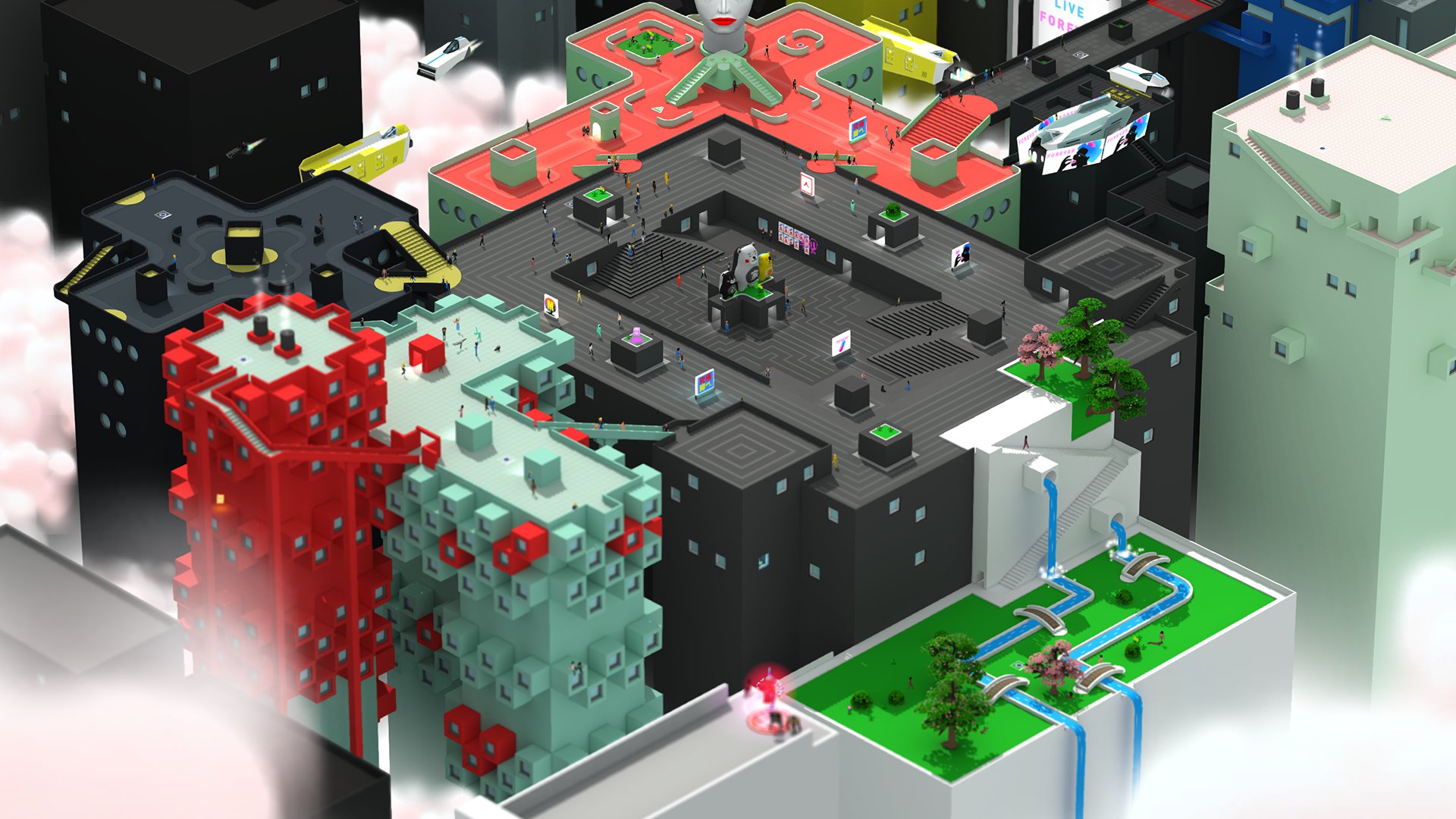 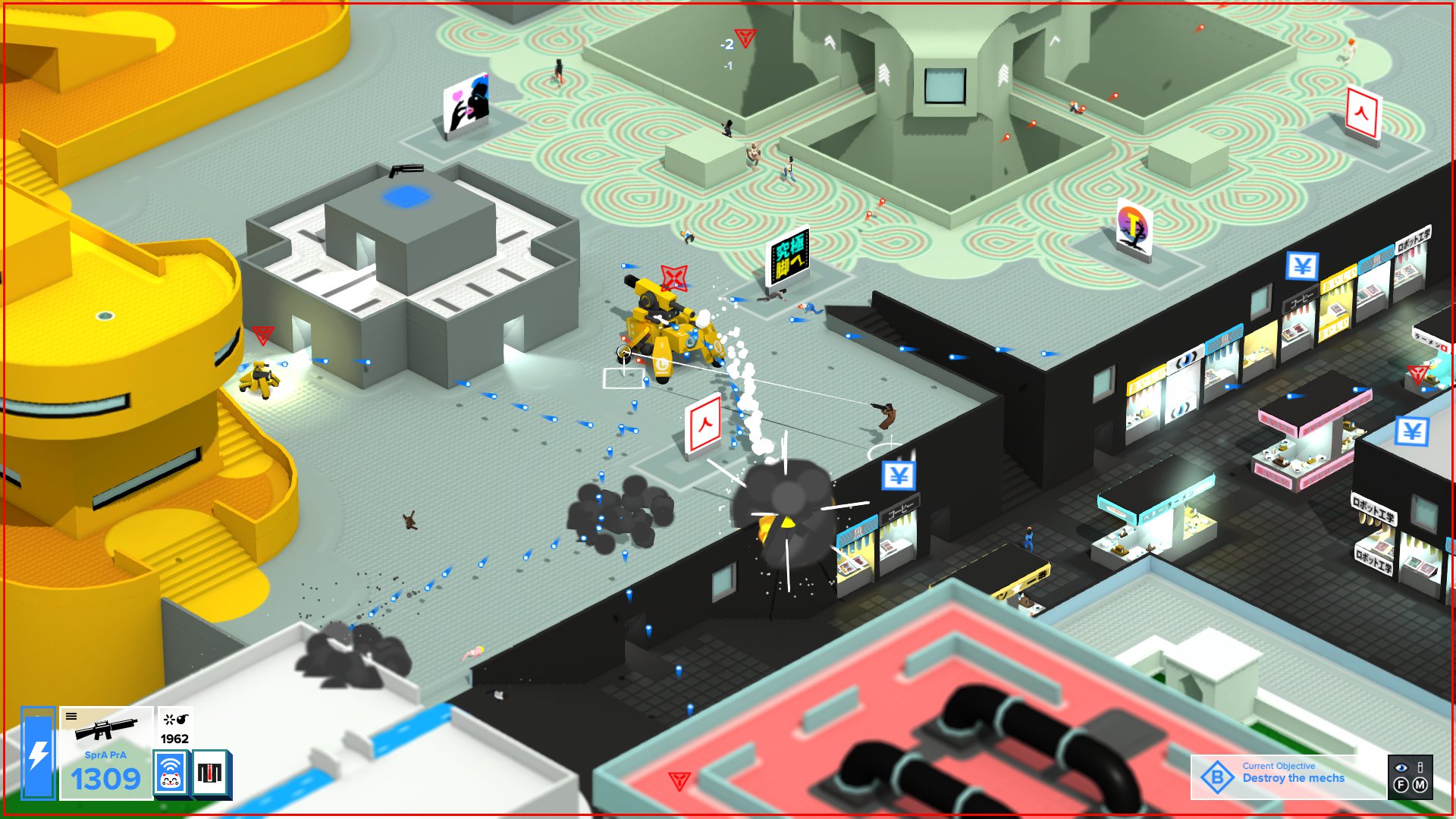