Ancient myths have held a strange fascination for me from the stories of the Norse Gods like Loki and Thor to reading about Greek Mythology, it’s a subject that’s never boring. The Mooseman demonstrates how such stories can be brought to life through simple narrative, art style, and music. This beautiful side-scrolling puzzler introduced me to the subject of Finno-Ugric myths and their stories of how the world was created.

You’re the Mooseman, blessed with the ability to see hidden spirits invisible to the mortal eye. Your journey through the Lower World, Middle World, and Upper World, three layers of the universe that make-up the world and in each one residing unique spirits and dangers. These beings rule over their dominion and the Mooseman will encounter each one during his journey.

Exploring these worlds doesn’t mean the journey will be easy; not every spirit you encounter will be helpful or kind towards you. Riddles lurk in the dark to be wary of and unseen dangers will seek to stop the Mooseman from proceeding forward. Just keep your eyes (mortal or otherwise) open, tread with caution, and watch these myths come to life.

The Mooseman uses an interesting mechanic where you have to switch from ‘mortal’ sight to the more revealing ‘second sight’. Mortal sight is usually dark and doesn’t always reveal the hidden dangers lurking behind or in front. As expected, second sight reveals the spirits existing in these three universes and is necessary to solve riddles and get past obstacles.

The danger isn’t always a concern, the main focus being exploring the Finno-Ugric myths and the beliefs these people held on how the world was created. The spirits are referred to as Chud, who can be helpful towards the Mooseman by moving to close a gap so he can cross or offer a place to hide from damned spirits wandering his way. Most of the time is spent walking through dark landscapes, the only company being Chud spirits who peer in from the background.

The riddles posed in The Mooseman don’t offer much of a challenge, but they do take a minute or two to solve. The hardest one I encountered took me a few tries to figure out before I realized it required hiding in a boulder and pushing back a log to escape the clutches of doomed spirits. Other times the puzzles involved turning a wheel to complete a picture or having to navigate my way through tree branches using my second and mortal sight interchangeably.

There’s an optional objective of collecting all the artifacts scattered throughout each world. Obtaining each one unlocks information offering a brief explanation about the artifact, when it was found, and what it represents. I appreciated this since it offered a nice break from trying to navigate certain areas and fleshed out the stories being told as I wandered through the universe.

Stylistically, the game looks much like chalk on a cave wall, giving it an eerie washed out form, basically a cave painting in motion. It’s an odd art style I haven’t encountered before, but quite fitting due to the nature of the content. Speaking of which, the differences in mortal and second sight can be unsettling too, especially areas like the Underworld.

On the surface, The Mooseman didn’t strike me as scary at first glance, but during one sequence walking through a swamp, it left me feeling uneasy. Figures with stiff and waving limbs were stuck in the mud and in mortal sight, they were just black shapes. When I turned on second sight they had glowing red eyes and if I came to close they would reach out to me. Forcing me to reset if I came into contact with them and to sneak past them when their eyes were closed.

Other times, The Mooseman has a strange beauty to it from a sunrise nestled in the antlers of a moose peeking over the horizon to constellations glowing along a cave wall. There’s even a section where I came across cave painting depicting stories of Yen who ruled over this universe. When I turned on second sight the cave paintings lit up and began to move, providing a gorgeous backdrop as I walked by them to reach the next area.

Each encounter unlocks translations in The Mooseman which depict how the story plays out. There’s no indicator stating when one translation is unlocked, so it’s left up to players to access each one when traveling through new areas. However, this isn’t required up front and the stories can always be read later in their entirety. There’s enough basic narrative between sections to flesh out the main narrative and keep it flowing, but otherwise, it’s a contemplative experience.

My only real gripe I had were translations for the stories could’ve used some work. While I understood what they were saying, often the wording is unusual, which can take a read or two to fully understand what’s going on. Still, stories are short and to the point enough to decipher the gist of each one usually in just a minute or two. While a drawback, this certainly isn’t a deal breaker.

The Mooseman presents a quiet experience exploring ancient myths, one that plays out at a slow, thoughtful pace. I enjoyed exploring how people viewed the world through the use of ancient myths and storytelling. There are sections where it can alternatively be unsettling, contemplative, beautiful, and even sad at times. There’s enough here to keep curious adventurers occupied for a few hours in an utterly new environment. For the quiet, thoughtful journey it presented me, it was certainly worth every minute of my time. 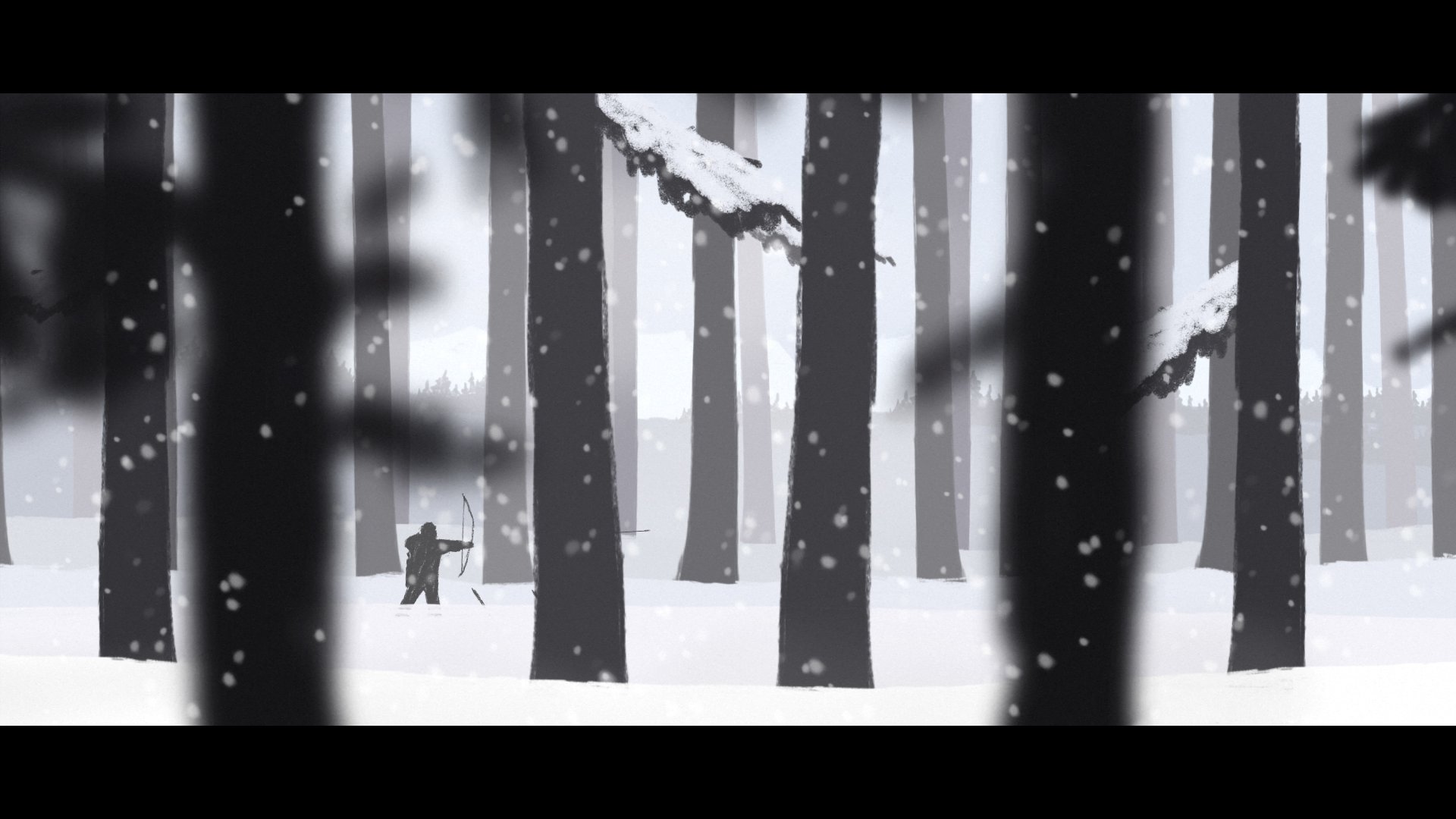 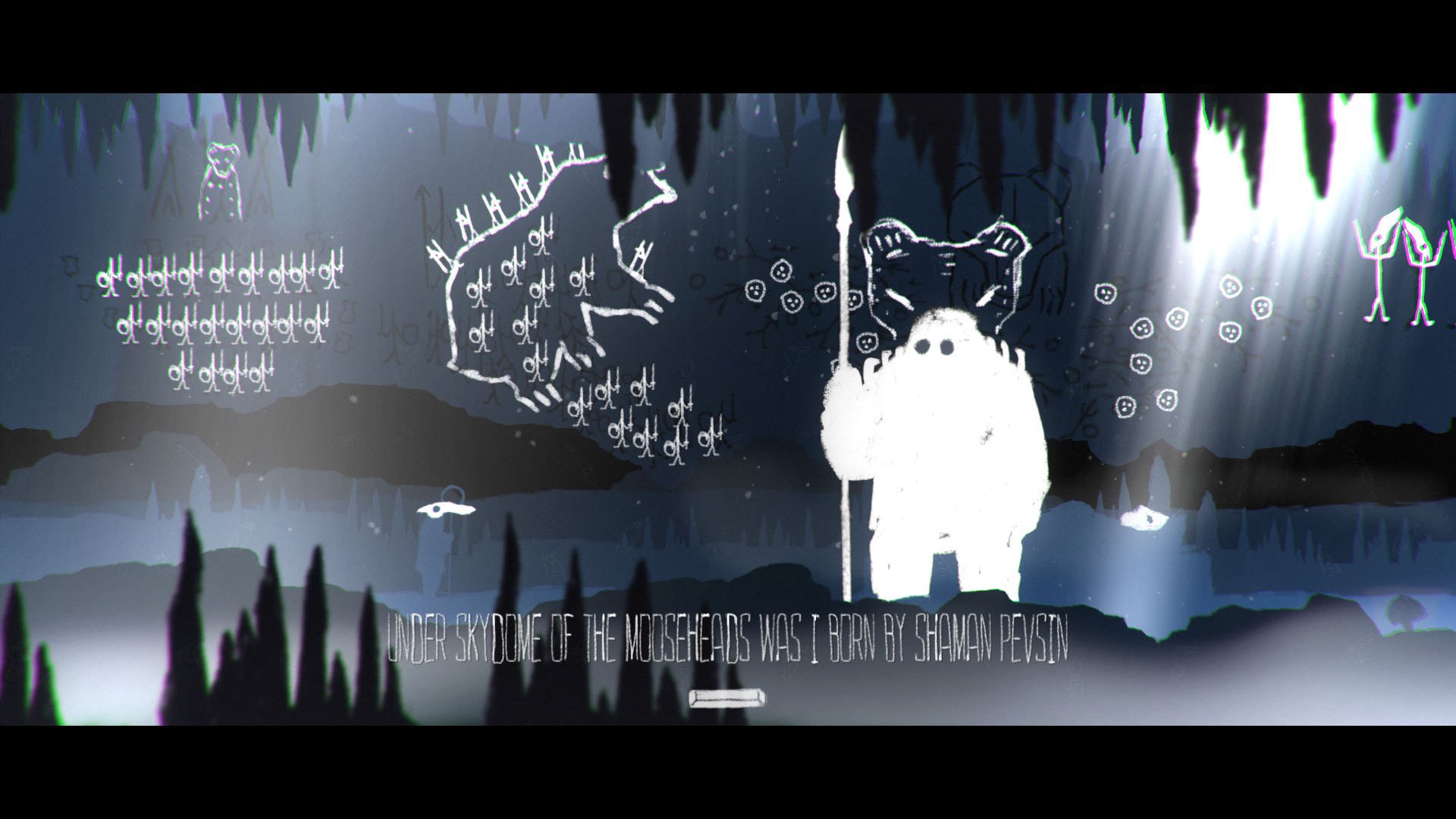 Beneath the Moon: Fairytales, Myths, and Divine Stories From Around the World (2020)