Trying to review a fighting game can be an interesting experience. The degree to which someone enjoys such a title really varies based on the amount of time and effort they can put in; many fighters only reveal their hidden depths if you give them a respectful amount of energy in return. There’s been a trend recently toward more simple fighters that try to reach those depths without requiring that players memorize massive movelists.

Take a look at the upcoming Fantasy Strike for an example of how that’s being approached by one of the great minds of fighting games, and look at Senko no Ronde 2 for another take on the concept.

You may not be familiar with Senko no Ronde, but you’re much more likely to know what Pokkén Tournament plays like. The two are surprisingly similar, to the point where one wonders if Pokkén’s developers were giving an intentional nod to this series. What we’ve got here is essentially a cross between a bullet-hell shooter and a fighting game. You pilot a mech called a Rounder from a top-down perspective battling against an opponent’s Rounder. At long range, you’ll typically fire large, confusing waves of bullets in an attempt to trap your opponent and force them to take damage; at close range you’ve got melee attacks that are easier to hit with but also leave you vulnerable if you miss. There are various defensive options as well, ranging from erasing enemy bullets to throwing up a shield to simply dodging out of the way, and mastering these are key to prevailing. Controlling a Rounder is extremely simple, with all functions mapped to two-button combinations at most; anyone can get behind the controls of a mech and figure things out fairly quickly.

Dodging around is so central to doing well in Senko no Ronde that your greatest power revolves around flooding the screen to the point where it’s near-impossible to dodge anything. You can press a button to enter B.O.S.S. mode; as the name suggests, this transforms your Rounder into a giant boss ship straight out of the shmups of old. You can then spam attacks to cover the entire screen in death while your hapless foe is forced to desperately try and get away. B.O.S.S. mode is temporary, of course, and ends after a preset time or after enough damage is dealt by the regular-sized Rounder. If a player hits the B.O.S.S. button at low health, they’ll activate Final B.O.S.S., which is similar in concept but more powerful (and will result in a lost round if the boss-ing player is defeated).

Managing this mechanic is a big deal in Senko no Ronde 2, since if one player activates B.O.S.S. mode the other cannot until the boss-ed player is defeated; you’ll want to use it to try and entrap your opponent before they can hit the button and save themselves.

You’ve got various characters to choose from, each with their own unique fighting styles and partners that offer additional support techniques; each also has two different variations that shake things up a little bit more. Each mech specializes in different aspects of the combat, from mechs that are great at range but struggle in melee to mechs that are great at dodging and mobility. Naturally, each mech’s B.O.S.S. mode varies as well, so that should be taken into consideration; some are certainly better than others, and I found that generally speaking, mechs that are weaker in Rounder form are more powerful as bosses. Finding a character that suits your playstyle is key.

Senko no Ronde 2 is a pretty no-frills experience that revolves around serving up battles so players can appreciate its unique fighting mechanics. You’ve got a single-player story mode (with full voice acting, a nice touch), an arcade mode an online mode that worked fairly well throughout my time with it, some art to check out and a few other tidbits, but the focus is really on getting in there and fighting. The no-frills idea extends to the presentation, as while this isn’t an ugly game by any means, it aims for a minimalist aesthetic rather than trying to astound with gorgeous graphics.

$40 feels a bit dear for what you’re getting here, admittedly, but Senko no Ronde 2 is a niche game aimed at a niche audience who are likely going to be happy paying that much for what they’re getting. If you’ve got a few friends who enjoy fighting games and are willing to take the plunge with you, then you could do worse. One thing to keep in mind, though: as mentioned, Pokkén Tournament is fairly similar to this game and it’s coming to Switch soon, so if you own one of those consoles you might consider waiting for that instead. 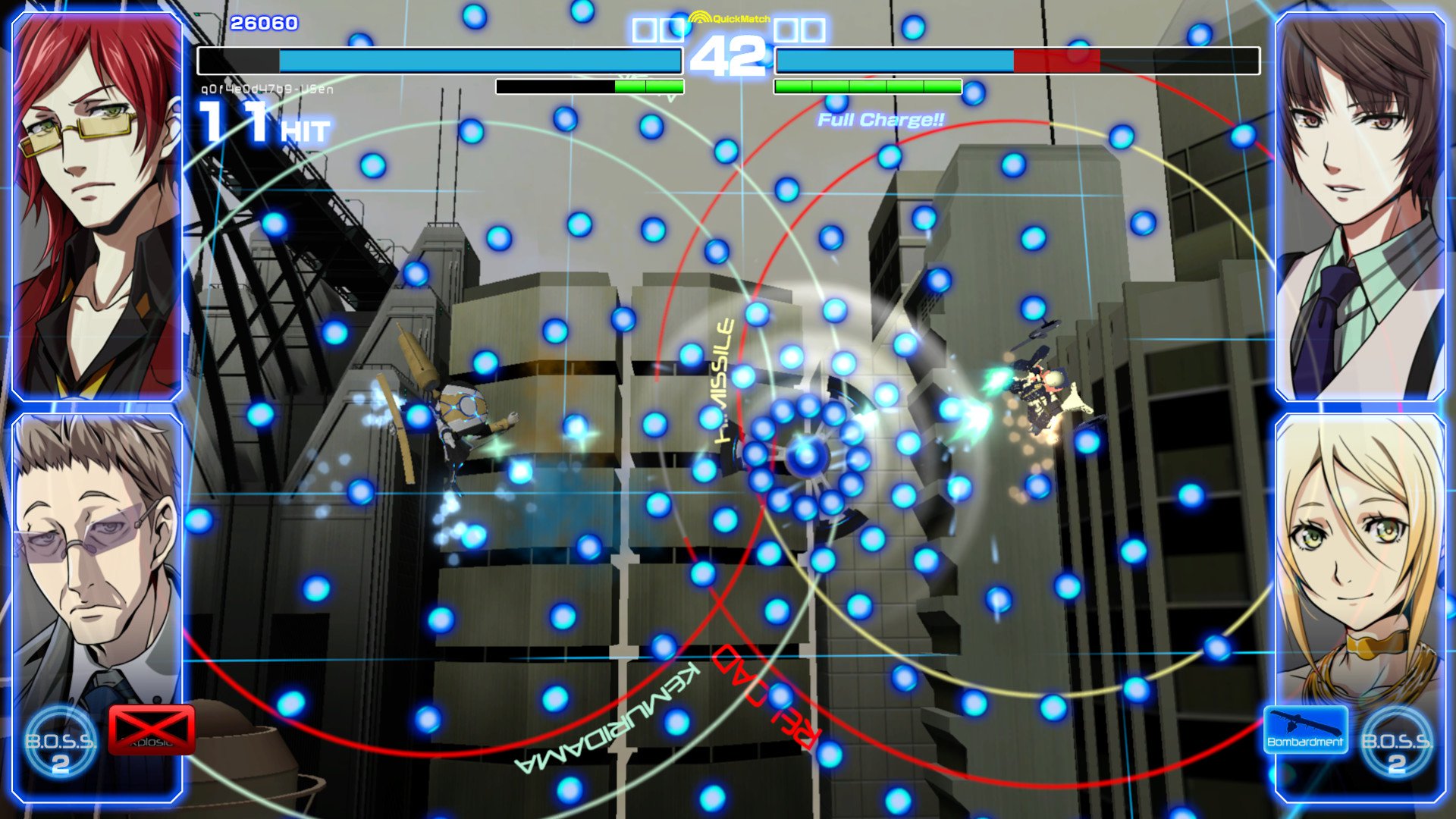