“Video games are art!” comes the cry from on high. Who are we to deny such a proclamation? Thus, it’s only reasonable to open our discussion of the fanservice-heavy shooter School Girl/Zombie Hunter by reminding ourselves that it’s art. Is it fit to hang up next to the Mona Lisa, though, or is it more of a fridge-door scribbling? Let’s take a look.

Our heroines, the titular schoolgirls, were busy studying and preparing for their futures when zombies attacked! Now they’re schoolgirls…and zombie hunters! They’d better clear out the zombies before exam time rolls around! Yeah, you’re probably not coming into this one expecting a deep and involving plot so the fact that this isn’t going to redefine video games as a form of artistic storytelling doesn’t hurt it all that much.

No, you’re checking out School Girl/Zombie Hunter for two reasons. Let’s look at the first: killing zombies. There’s a ton of that in this game. Your characters have all manner of firearms with which to cleanse the school of undead and can kick, punch and sword them besides. SG/ZH’s combat isn’t going to win it any Best of 2017 awards but it’s surprisingly competent; melee attacks have a nice, tangible sense of weight as you boot zombies all over the place and the shooting is arguably better than the gunplay in the Dead Rising games.

Don’t expect the experience to evolve very far past “run around and murder zombies at these designated locations,” but in the zombie-hunting genre you could absolutely do worse, and there’s something to be said for finding and equipping new weapons.

What about the other reason you’d play this game? Well, that would be the fanservice. Yes, this is another niche fanservice game somehow finding its way through localization; a certain set of gamers might talk about how video games are censored, but a lot of these games still show up on a regular basis. Here it comes off as more of an attempt at b-movie camp rather than a serious effort to titilate; your characters can actually distract the zombies by stripping down and throwing their clothes as a decoy. Yes, it works. Yes, it’s hilarious. No, it’s probably not going to get anyone going…at least that’s what I’m going to tell myself.

Graphically, uh, the physics engine obviously works and everything else is on par with most niche titles on the PS4. As expected, the framerate dips fairly often despite there being seemingly no reason for that to happen. Here I was thinking the power of the PS4 Pro would be enough to deliver a perfect schoolgirl zombie hunting experience. Guess not. Maybe next generation.

Kidding aside, this is a decent enough shooter that, given its premise, could have stood to be much worse and have a lot less effort put into it. There’s no question about why this one was made, but School Girl/Zombie Hunter manages to remain tongue-in-cheek enough that it can justify being played by fans of campy horror as well as fans of…well, the main reason this game exists. If you’ve somehow managed to avoid burning out on zombie-killing then here’s another corpse to headshot. 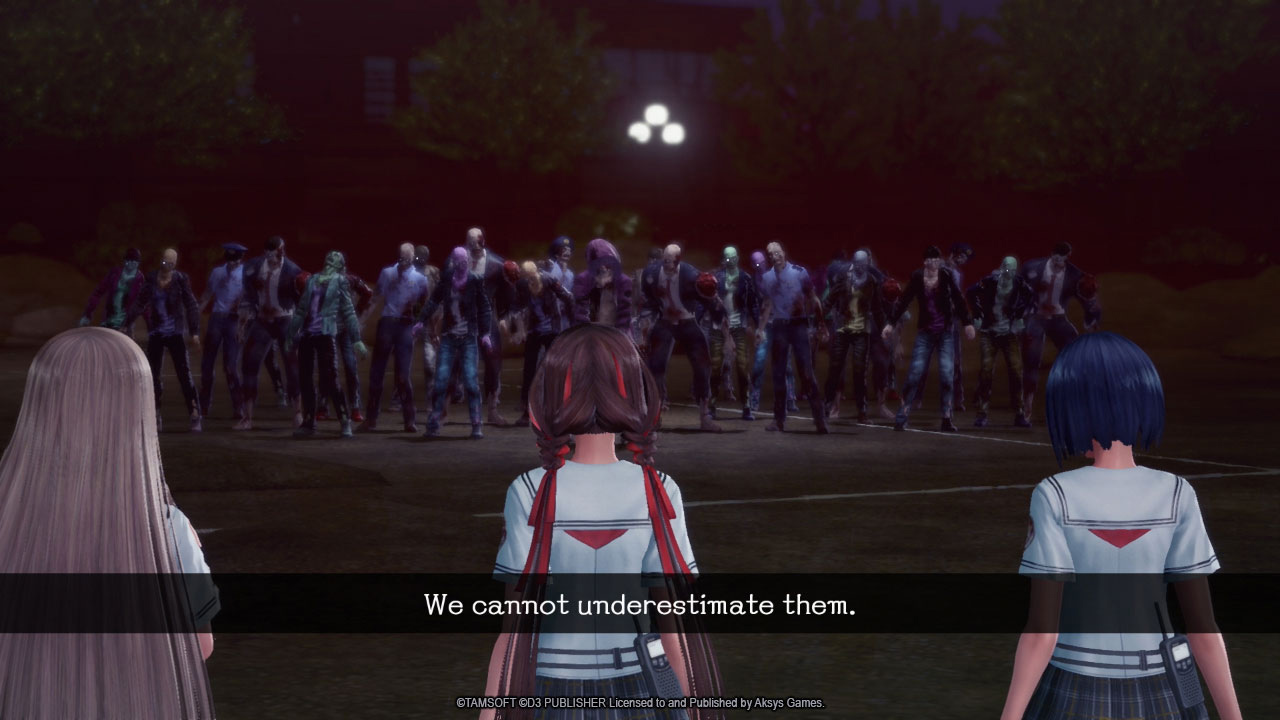 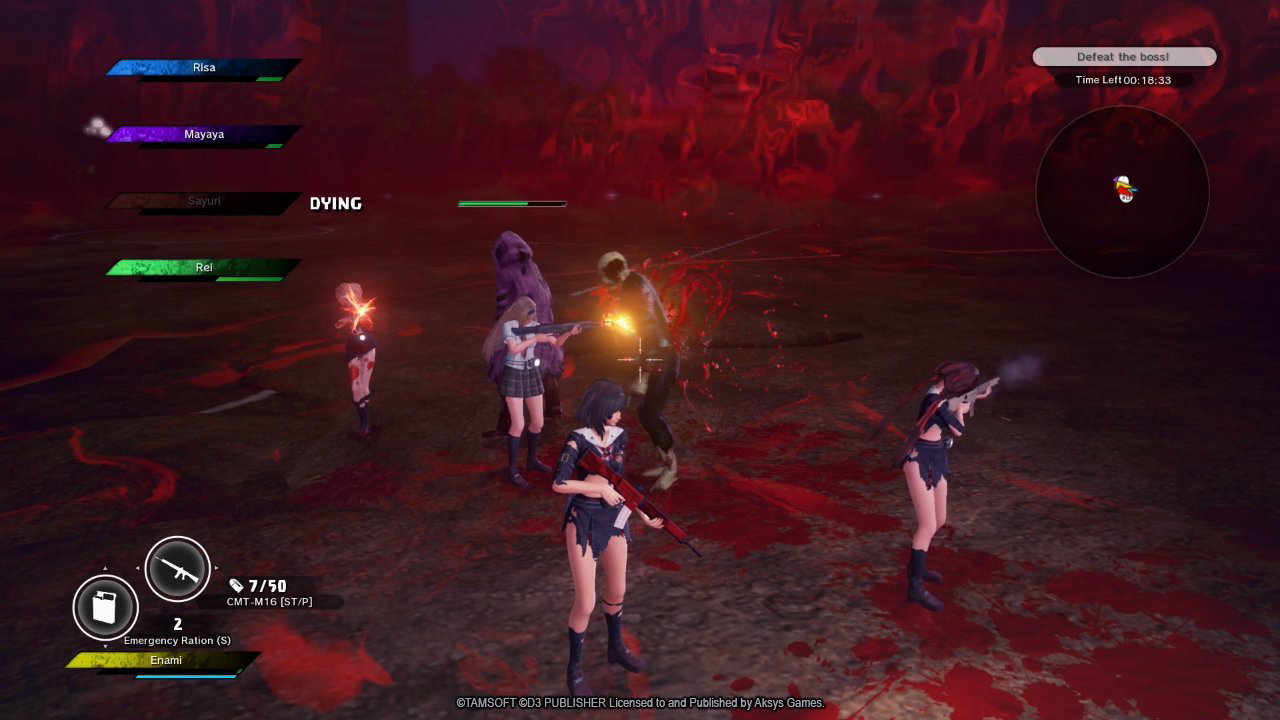