After exploring the debacle that was transformed Alpacas with the ability to talk and play piano in PacaPlus, stepping into another visual novel with half-cat women hardly sounded like an ideal afternoon. Whirlpool’s NEKO-NIN exHeart proved a better experience than one might give it credit for at first glance – namely decent writing, artwork, and surprisingly silly (but fresh!) storytelling. Did I mention there’s also supernatural cats?

Haruki is a normal Japanese high school student, just living his life and trying to scrape by with his father. His mother is barely in the picture and only ever visits on the rare holiday due to the nature of her work. One day two Demi-Humans, beings with superhuman abilities and animalistic qualities, show up on his doorstep. Tama and Yura both claim to be Shinobi who are there to swear fealty to their ‘Lord Haruki’, not pausing to give Haruki a choice in whether he wants these two oddballs in his life.

Haruki’s initial reaction to Tama and Yura as cat shinobi is rather amusing in the initial chapters. He attempts to be polite by feeding them after they claim to have not eaten for several days, even going so far as letting them sleep on his porch and buying them food on a few occasions. Despite his efforts to convince them, he can’t have two cat shinobi following him around (being just an average high school student after all), the Demi-Humans insist they must protect him wherever he goes, even accompanying him to school and hiding in the shadows when he’s in class.

Despite his protestations, Tama and Yura don’t falter in their ‘duties’ to their new lord. When Haruki is threatened with a scolding from a teacher they summon a horde of bees to protect him from being humiliated in front of the entire class. The two shinobi insist no one was in danger – since jujitsu bees can’t sting unless ordered otherwise. Their Lord Haruki expresses his doubts, but he finds himself becoming powerless to their innocent, albeit clueless, antics when they insist on cuddling with him every time they cause him trouble.

Somewhat sexualized in later chapters, the relationship between Haruki and his minions still felt honest, with a slow build-up that rewards players – even if the interactions from Tama and Yura can be one-sided most of the time. Haruki doesn’t fall in love immediately, but over time comes to care for them. He feels a genuine need to help them improve their situation, going so far to pick-up a part-time job so he can afford to put a down payment on an apartment the shinobi cats can live in.

NEKO-NIN exHeart is one of the more decent visual novels fans of the genre can enjoy right now. The artwork is intricate, the prose doesn’t ramble on, and how refreshing is it to have a protagonist who doesn’t fall in love with the female leads just a few minutes into the storyline? Overall, an entertaining romantic comedy that titillates (realistically) with more than a few genuine laughs tossed in for good measure. 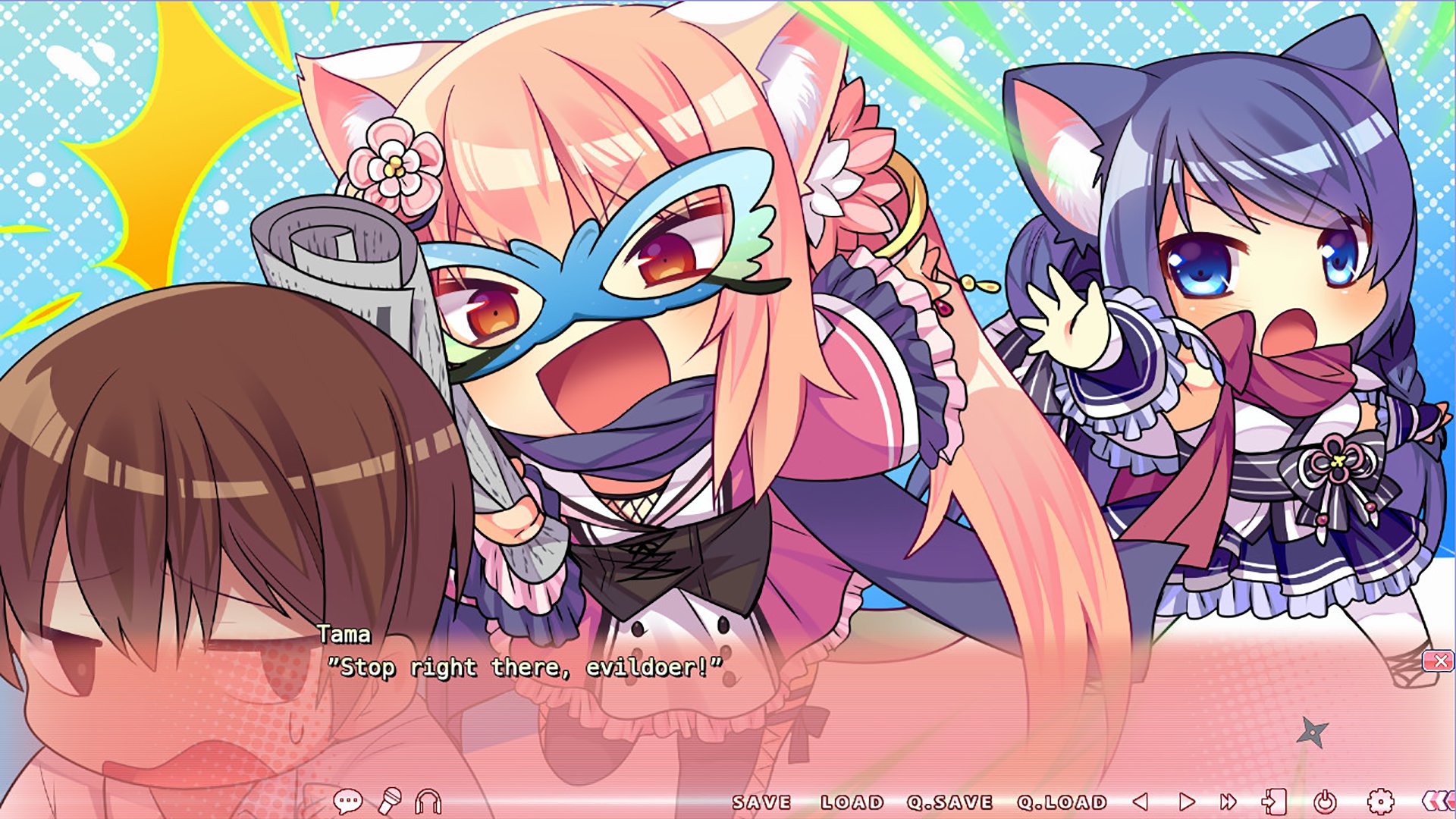 CyberRebeat -The Fifth Domain of Warfare-