The future is a great place! Well, it would be if there weren’t cops running around arresting people for having fun. I assume if you get arrested for fun-having you’re thrown into a room with a TV, a PS4 and a copy of No Man’s Sky, but who knows, really? The point is that it’s too dire a fate to imagine. That’s not going to stop many of the young, cloned inhabitants of the future from going nuts with crazy tricks and races, of course; they just need to be faster than the cops.

That’s what’s going on in Hover: Revolt of Gamers, a spiritual sequel to Jet Set Radio with a goofy name that you should overlook in favor of the gameplay and music.

If you’ve played Jet Set Radio, then Hover is apparently kind of like that! It’s got tricks, skating and spray paint. I…er, haven’t played it. Not really. Got a copy laying around but just never got around to it. Yearlong release schedule, AAA in the beginning and end of the year with indies in the middle, you know how it is. Instead, I’ll compare Hover to the game it reminded me most of, which was Tony Hawk’s Pro Skater.

It’s not a perfectly accurate comparison. Tony Hawk is a little more generous when it comes to locking your character onto grind rails, for instance, and the stages in that series are a little more obviously designed for tricks and speed. Hover, instead, feels like a world designed to feel like a world, one that skilled players can pick lines out of rather than the lines being handed to them. This certainly took some getting used to at the beginning of the game, but once I got a handle on the controls I definitely appreciated the feeling of freedom and speed inherent to how Hover does things. There are cops that chase you around for having too much fun in their line of sight, but if you’re playing right you’re going to be way too fast for them to deal with.

There’s a bunch of different missions to encourage you to race around, tagging things, finding lines and doing tricks, but the most common that I encountered were standard races, trick scoring tests and Gameball. Notably, pretty much every mission in the game allows other plays to join up and play with you, which can make the game feel a lot more lively. Races will pit you against an NPC most of the time, trick scoring tests are Hawk-style score-’em-ups and Gameball is basically basketball; each of these will offer greater rewards if you do well based on a medal tier system.

Said rewards include gear that can be equipped on a grid for stat boosts as well as new character templates that provide their own inherent bonuses. Yes, Hover does have a sort of stat/progression system with levels; hilariously, though, the levels are a little pointless since you’ll rapidly hit the level cap of 10 by messing around doing tricks and trying to figure out how the game works. Leveling unlocks more slots in your gear grid so you can equip more stuff, but you’ll have the whole thing open before long. One wonders why levels remain at all instead of just opening the entire grid from step one, but at least this system isn’t too obtrusive, and finding new gear to enhance certain aspects of your character is a good time.

Hover looks pretty good; it’s not a graphical masterpiece or anything, but it’s got style that shines through. More importantly, though, it sounds flat out amazing. Hideki Naganuma of Jet Set Radio fame returned to do much of the music for Hover, meaning the soundtrack is somewhere between “astounding” and “glorious.” It’s this sort of 90s synth-pop that works perfectly with the colorful acrobatic action that the game revolves around.

Given that Hover: Revolt of Gamers is available for a song, there’s no reason it’s not worth checking out. If you can grab a few friends and go through the game together, competing in some events and cooperating in others, so much the better; the multiplayer component really makes it shine. Mix all this with some of the best music we’ve heard in a game since Nier: Automata or Tokyo Twilight Ghost Hunters and you’ve got the recipe for some fun. 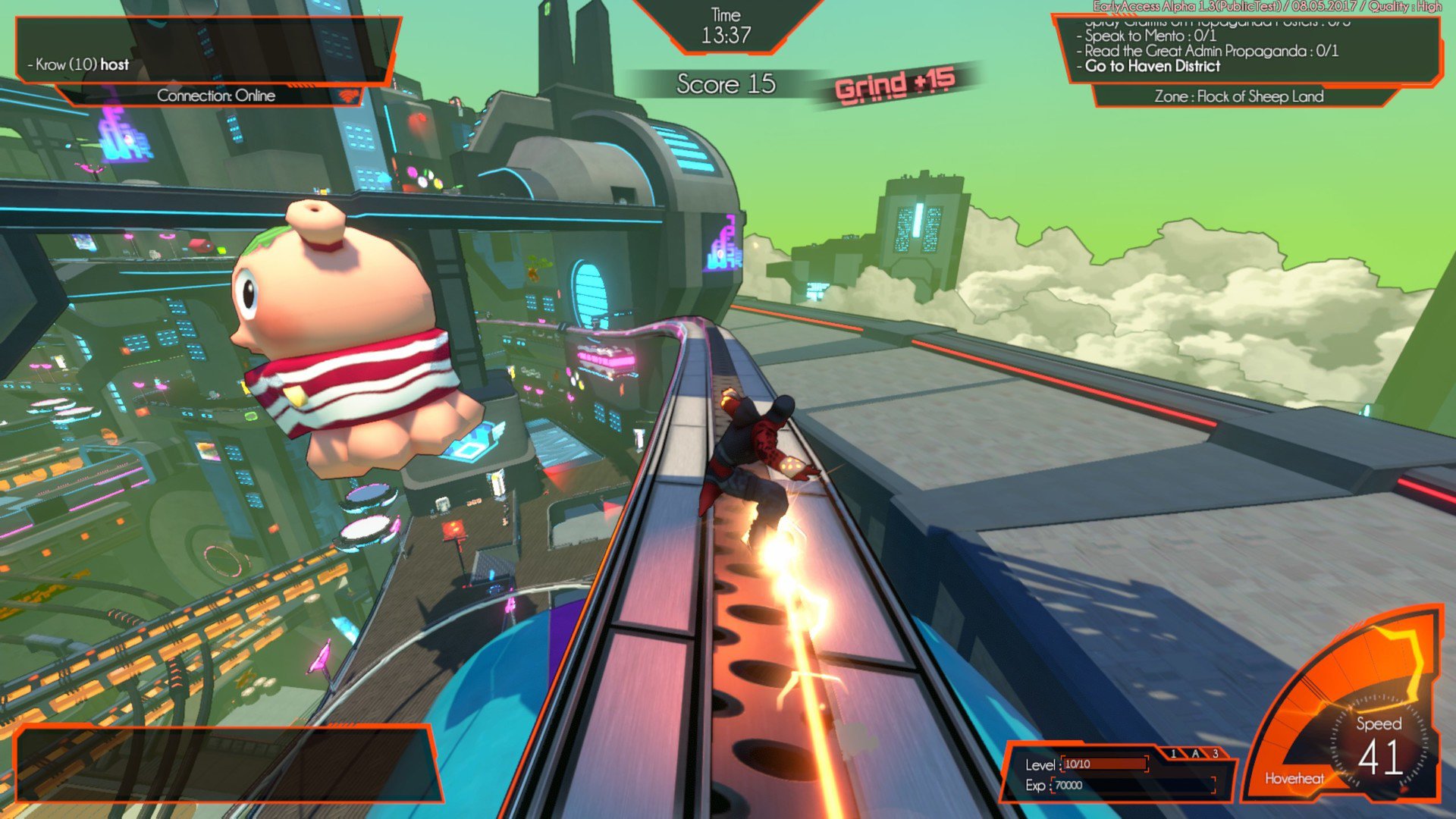 Journey to the Savage Planet

South Park: The Fractured but Whole