Back in the day, massively multiplayer online RPGs were a dime a dozen. The success of World of Warcraft did what successes always do in the video game industry: resulted in dozens and dozens of me-too clones. Most of those have died off or faded into free-to-play obscurity over time, but a couple still remain at the top, the most prominent of these being World of Warcraft itself and, bizarrely, the dead-and-returned Final Fantasy XIV. Without getting into the story of this game’s catastrophic launch and unbelievable rebirth, the fact is that FFXIV been a popular title since its relaunch as A Realm Reborn in 2013. 2015’s Heavensward expansion was rell-received and now we’ve got another expansion in Final Fantasy XIV: Stormblood.

After adventuring through the frozen realm of Ishgard in Heavensward, Stormblood takes us to the tropical land of Ala Mhigo and the nearby Eastern kingdom of Doma. You’ll team up with your usual allies, the Scions of the Seventh Dawn, as well as a few new faces as you fight for Ala Mhigan liberation against the Empire that was such a thorn in your side in the game’s initial launch. This means that you’ll need to help build a resistance powerful enough to fight the Empire, as well as developing your own personal strength to take on foes like the new and incredibly badass villain Zenos yae Galvus.

It’s an interesting idea in theory, but in practice Stormblood’s story feels a little lacking compared to the last expansion Heavensward. In particular, you’re back to being treated as a common pleb after being recognized by the world at large as a legendary hero in Heavensward; one quest in particular has gained some notoriety for literally forcing you to run around a field picking up poop. For reference, by this point, the plot says that your character has been personally responsible for killing at least five literal gods, and now you have to run around scooping up dung. This, combined with the MMO standbys of fetch quests and “kill ten rats” style quests, some lackluster companion characters, and FFXIV’s characteristic insistence that you play through the story, makes the initial rush up to level 70 feel a little painful at times.

Naturally, you might not necessarily be interested in the plot at all. Maybe you’re just here for the gameplay. There have been a number of changes both large and small to pretty much every job in the game, largely focused around reducing the complexity and number of hotkeys needed to play different roles. Stormblood also introduces a pair of new jobs: the Red Mage and Samurai.

In one of the more bizarre design decisions I’ve seen from an MMO company, both of these are damage jobs, resulting in nine total damage jobs compared to three tanks and three healers. In other words, may God have mercy on your soul if you decide you want to play one of these jobs and don’t have friends to help you level and go through content, because damage jobs aren’t even a dime a dozen anymore, they’re a dime for ten dozen. On the bright side, this means that your healers and tanks are going to have an easier time than ever when it comes to queuing up for dungeons and boss battles; further increasing the massive pool of damage players certainly benefits some folks.

As for how they actually play: the Red Mage is technically a hybrid ranged/melee damage job, but ends up playing out a different take on the ranged magic archetype. While they’ve got rapiers, the Red Mage’s fencing ability is largely intended for dancing around and repositioning, while the majority of their actual damage comes from magic. Red Mages can chain spells together to deadly effect and need to manage constantly fluctuating values of white and black mana to stay at peak performance.

Samurai, on the other hand, are a combo-focused melee job somewhat similar to the monk, with which it shares gear. This is a high-damage class that relies on execution and resource management to work well, and while it’s quite powerful it lacks the utility options of many other classes. As for me, I spent the expansion playing as a healer, under the impression that most of my time would be spent waiting in queues if I chose to play one of the new damage jobs; friends have reported that I was exactly correct, so keep that in mind if you’re a fan of dishing out damage.

Outside of this, Stormblood is largely more of what you’ve come to know and love from Final Fantasy XIV. Character customization still isn’t really a thing outside of aesthetics, so playing well comes down to learning the “right” way to play your job and executing it to your best ability while dealing with boss mechanics. If you’re coming from something like World of Warcraft, where each class has several possible builds available and choices to make regarding skills and spells, it might feel a little dry, but the ability to switch jobs at will whenever you want a change remains great. Stormbood’s new dungeons and raids are excellent as well, with personal favorites being Bardam’s Mettle, a visually impressive area that incorporates some unique and hilarious battles, and an amazing boss fight against the storm god Susanoo. Gathering and crafting are, of course, still present as well, providing a sort of parallel progression for players interested in that kind of thing.

Really, if you’re still playing Final Fantasy XIV, you don’t need me to tell you that Final Fantasy XIV: Stormblood is worth a look. If you’re new, you’re in luck as well, assuming you’ve got a few extra bucks; this expansion also introduces “Tales of Adventure” items that allow new players to bypass XIV’s infamous 40-hour story quest grind and play with their friends right away. Altogether it’s a nice package that does well to expand on the game, though vets may not be as impressed as they were with Heavensward. 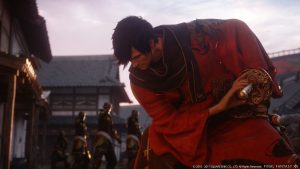 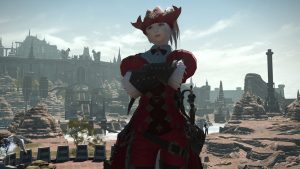 Dragon Quest I, II and III