One of the keys to really excelling at stealth games is understanding how they work. By getting a handle on enemy AI and behavior, it’s possible to use the inherent predictability of a computer opponent to claim an advantage. What happens, though, if the AI’s learning right along with you? That’s the concept that’s toyed with throughout stealth adventure ECHO, and shockingly it makes for a pretty intriguing sneak-’em-up.

Thief and gambler En wakes up on a ship in some faraway corner of space after what she is informed was a 100-year nap in stasis. Foster, the actual owner of the ship is dead; we soon discover that En believes that his soul has been imprisoned in a glowing red cube. That may not be the end for him, though. The planet that En was awoken to discover is home to a mysterious and enormous Palace – a Palace that just might contain the power to bring back the dead. En’s eager to find out, so she dons an augmented space suit that originally belonged to Foster and enters the Palace. Between the suit, a pulse driver gun and the ship’s sardonic AI London, this should be a pretty simple search and recover mission, right?

Nothing’s ever that simple, of course. The Palace is…well, it’s unoccupied right up until En comes in and fiddles with the wrong gizmos. This activates what appears to be the Palace’s primary function: it watches people. It learns from them. And then it makes more of them…with the resulting Echoes eager to clean up the opulent halls in the most violent means possible. En’s not about to leave without finding a solution for Foster, so in she goes.

This is a stealth game, but it’s fairly unusual by the standards of the genre. ECHO’s selling point is its adaptive AI system. The Palace operates on a “day” and “night” system, represented by the lights being on and off respectively. During the “day” everything’s lit up, visibility is great, and the actions you take are periodically “snapshotted” by the Palace, represented as an afterimage of whatever you just did. At “night” everything gets much darker, visibility goes down and no more snapshotting occurs. The end of a “night” cycle results in a brief pause where you’re immobile and all the enemies in the room are reset…and when they come back, they’ve learned from the previous “day” phase’s snapshots.

Echoes earn their name by learning and “echoing” the tactics that you use against them. The snapshots are taken when you perform a move that will then be applied to the Echoes in the next “day” phase. The example the game gives involves the fact that the Echoes refuse to cross water. That’s a very helpful property…right up until you walk into water during a “day” phase and it gets snapshotted. During the next day phase, the Echoes will no longer have a problem with water, eliminating one method you have of avoiding them.

There are plenty of other actions that can be passed on: if you’re a crack shot with your gun, for instance, you’re going to be in deep trouble as the Echoes become just as violent. If you prefer to sneak around and choke Echoes out, you’d better keep your eyes peeled for sneaky enemies when the next “day” phase rolls around. Agile players who like sliding over railings and jumping down pits shouldn’t be surprised to see Echoes keeping pace with them.

It’s a pretty fascinating idea that is almost certainly less intricate and cool than the game makes it seem; this is one of those games where I feel like seeing the wizard behind the curtain would ruin everything. As it is, ECHO’s adaptive AI takes what might have been a standard stealth game and turns it into a challenge: how effective can you be while using as little of your kit as possible? Any tool you try to use could then be turned against you, so you need to restrict yourself despite En being fairly capable at what she does. Being careful during the “day” phase is key to avoid being overwhelmed by the Echoes’ vast numbers and improved AI; meanwhile, you can go all out during the “night” phases, offering a vital advantage. If you buy into what’s going on behind the scenes – in my case, by simply assuming that it’s magic – then ECHO is pretty damn impressive.

It looks and plays great, too. The Palace is meant to overwhelm you with its scale, implying miles upon miles of untold opulence, and it really nails that aesthetic; meanwhile, the hordes of Echoes out for En’s blood result in a surreal game of cat-and-mouse as you desperately flee from yourself while trying not to flee TOO effectively. The Palace’s tendency toward open spaces and minimal cover means that stealth can be difficult and you’ll almost certainly be forced into using your limited offensive options.

That’s pretty clearly intentional, since you’re really hurting yourself more than the enemies by doing so. Something must also be said for the voice acting, which si fantastic thanks largely to Game of Thrones’ Rose Leslie as En.

Combine all this with some interesting philosophical discussion and backstory between stealth segments and you’ve got a pretty solid experience. ECHO is worth the money, make no mistake. It’s an especially good call if you’re interested in AI; that’s doubly the case if you’re interested in games that try to play you right back as you play them. 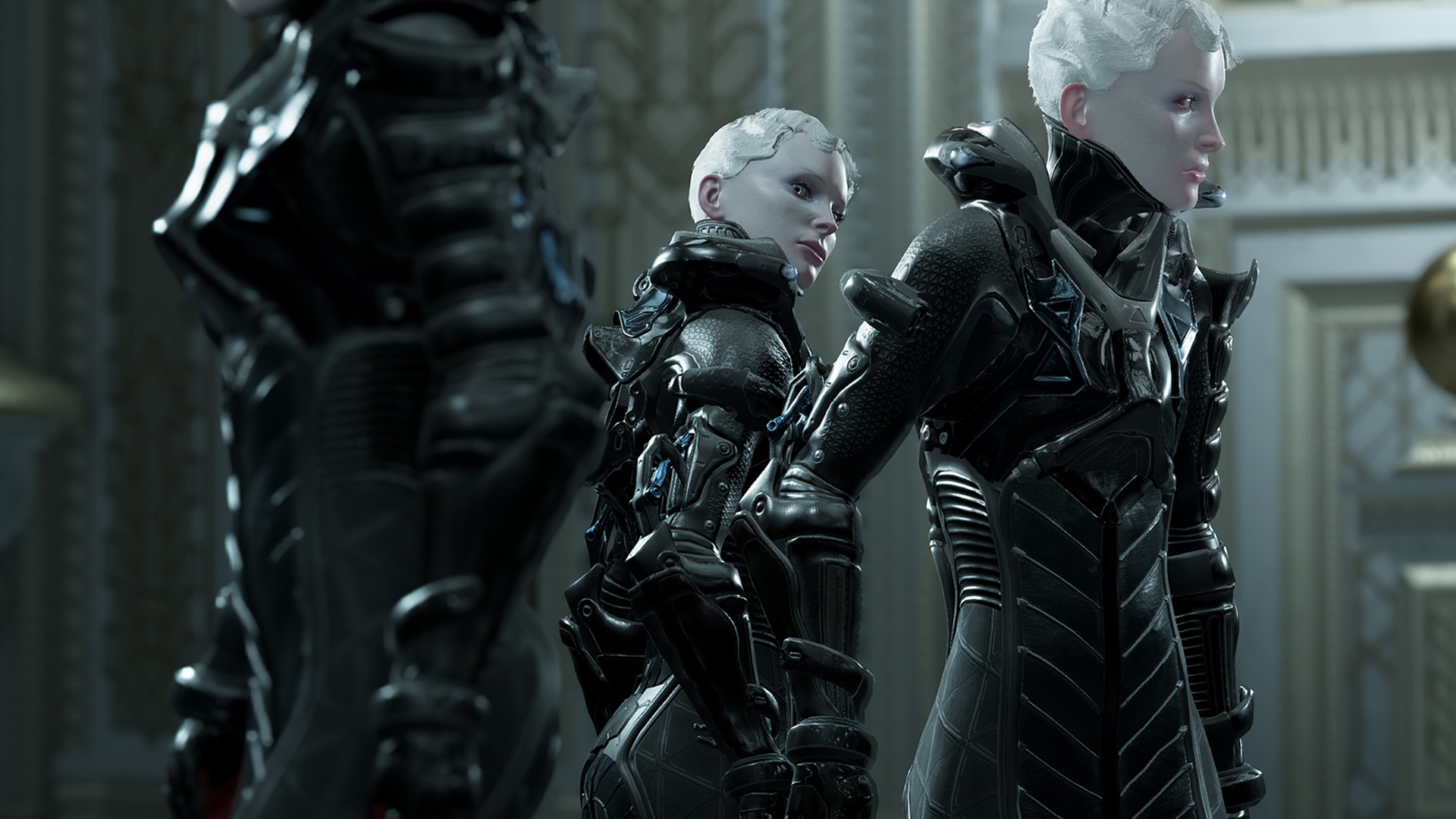 King’s Quest Chapter Two: Rubble Without a Cause

Game of Thrones: A Nest of Vipers

Game of Thrones: A Sword in the Darkness (Steam, PS4, Xbox One, iOS)