There’s a certain subset of people who play games that are almost slavishly devoted to winning some sense of legitimacy for the medium. In my mind that was never really necessary – that desperation in itself holds the medium back by stinking up all manner of discussions about gaming. Still, it is what it is, and a lot of those people have clung to the games of Hideo Kojima as an example of how games are a legitimate art form. You probably know him from the Metal Gear Solid franchise, which he created and no longer works on.

Well, he’s got a new one out. It’s called Death Stranding. Many people have already written many words about it, and I’ve done my best to avoid reading any of them before experiencing the game for myself. I’m not sure if this helped, but I welcomed the chance to go in blind. As will you.

Death Stranding, a game made by Hideo Kojima – who we’re not going to mention again in order to try and differentiate this review from any others – follows the exploits of Sam Porter Bridges, played by Norman Reedus of The Walking Dead fame. Sam is essentially an Amazon delivery boy in a post-apocalyptic world full of spooky ghosts. As an agent of the United Cities of America, represented by the Bridges corporation, Sam’s job is to make deliveries between various isolated settlements in order to build connections between them and rebuild America.

This mostly takes the form of hauling missions where you carry goods from one place to the other. Doing so earns you transporter renown in the form of Likes and advances the plot. Hauling can be more or less difficult depending on the terrain, the equipment you bring with you and potential attacks by the spooky ghosts. If you’re going a long way, you might want a vehicle; if there’s plenty of cliffs, you might want ladders or ropes; if there’s a river perhaps you’d even consider building a bridge, which requires a somewhat more strenuous time and labor investment but can also benefit other players online. Other concerns include the amount of weight you make poor Sam carry, with excessive piling resulting in a more dangerous trip as he staggers about and drops cargo everywhere.

Spicing your trips up a little are enemy factions out to stop your deliveries faster than a mistyped zip code. You’ve got the aforementioned spooky ghosts, known as BTs, which try to drag Sam down into spooky ghost goop; you’ll need to avoid these with stealth, though you do have some blood-based weaponry as a backup if need be. There’s also human foes, many of whom are out for your cargo. Since setting lore precludes actually killing anyone, you’ll need to fight back with nonlethal guns, martial arts or a good old-fashioned cargo case to the face.

More than anything, Death Stranding thrives on emergent gameplay, so while conceptually, hauling things from one place to the other isn’t necessarily interesting, you’re bound to run into fun as you do it.

Intertwined with all this is a set of online features that basically revolve around helping one another out – making connections, if you will, as per the main theme of the game. Building structures makes those structures available to others, for instance, and you’re able to collect dropped and lost cargo from other players and finish their deliveries for them. It may not sound enticing, but Death Stranding will probably be a much less enjoyable game in a few months once the zeitgeist is over and there are fewer people contributing to the online features anymore.

As for presentation, well, this is a game built largely around cutscenes and walking around from one place to the other with periodic stints of intense action. Of course it looks fantastic. Why wouldn’t it? Honestly, Death Stranding looks and plays better than it probably should considering the aging infrastructure of the PlayStation 4. There’s already been a PC port announced for next summer, but don’t let the thought of a “better” version keep you away from what’s already here – and what already looks pretty fantastic.

Perhaps even stranger is the game’s voice cast, an odd mix of Hollywood heavy-hitters and…everyone else. It’s no secret that Kojima has often been criticized for his cinematic approach to storytelling, one that can feel like it favors drawn-out cinematic cutscenes over pure gameplay, but here that observation becomes a reality. Apart from Reedus, keep your eyes (and ears) open for contributions by Mads Mikkelsen (Casino Royale) and Guillermo del Toro (The Shape of Water), as well as others you might never have expected to see in a videogame, let alone one as strange as this one.

If you’re looking for a modern cinematic take on gaming, Death Stranding is going to fill your needs perfectly. Meanwhile, travel and adventure all run well, with interesting environments to navigate and enemies to battle.

With a fascinating plot, plenty of backstory to enjoy, high-class cutscenes and a gameplay loop that can be pretty damn interesting if you let it grab you, Death Stranding turned out to be a pretty solid experience. It’s not quite a shooter, not quite a stealth game and you do spend a lot of time carrying things around. The fun here, though, is all about what you do when carrying things doesn’t go the way you planned – and in that sense, there’s plenty of fun to be had with Kojima’s latest creation. You should probably play it, and you should probably play it soon before the online community dies off. 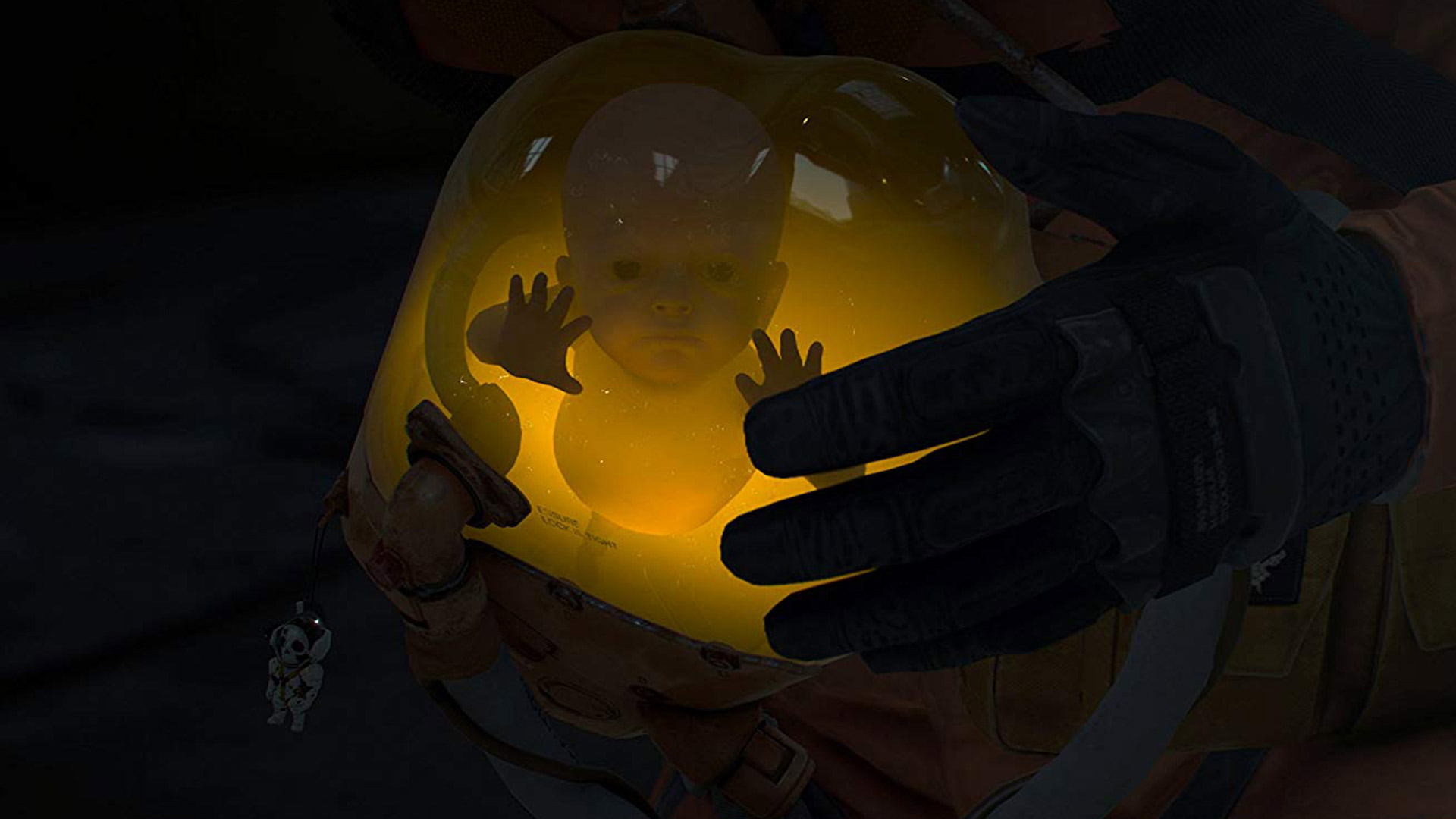 The State of Gaming July 2020: Death Stranding PC, Paper Mario: Origami, Ghost of Tsushima, re: TLOU2, NPD, and the future of Xbox

The Best, Worst and Biggest Games of 2019