Leslie Stein shares an honest reflection about a difficult decision she made in her latest graphic novel, I Know You Rider, looking back on the life she’s lived and wonders if there’s something missing from it. The decision to have children – or taking the steps to prevent having them – is a topic that can and does cause a great divide among people. Stein dives right into it without a backwards glance by sharing her own experiences about her choices with the same beautifully rendered watercolors and unique perspective she demonstrated in her last release, Present.

The premise of I Know You Rider opens up to Stein as she sits in the doctor’s office with a blue hospital gown on. She’s having an IUD (intrauterine device) put in as a contraceptive to prevent future pregnancies. The narrative then switches to the last year and the present to explain the events that led her to the decision to have one. The choices she’s faced aren’t easy to make and the consequences of both affect her in a way she never predicted.

Stein has a good life as a cartoonist from being able to travel to having good friends who support her. During a convention she learns an old friend of hers is having a concert and on a whim sees if his old number still works. One thing leads to another and the two have a one night stand, each going their separate ways in the morning. The author goes back to her day-to-day routine, but there’s the encroaching subject of children spilling into her life. From people with strollers trying to enter the bar she works at to small children making a nuisance of themselves.

Even Stein falls into the baby craze by doing a piece she dubs “Yelp for Babies”. Life seems to go on, but later during a conversation with a friend she realizes her period is late. One pregnancy test later and the author’s suspicions about her condition are confirmed: she’s pregnant.

The author is honest about her decision to have an abortion, but still questions whether it was the “right” one to make for herself. The people around her continue on with their lives, some having children, others deciding their lives are rich enough without tiny human beings present. Stein’s own mother even expresses her desire to have grandchildren in the future. While no malice was meant, it’s clear the comment hurts Stein since she’s chosen to forego children. Her reasoning being it goes against her ideals, but even then she still questions the idea of whether it’s what she truly wants out of life.

The choice to have a child or not is a hard decision, possibly the hardest. There’s no “right” answer, and Leslie Stein regrets what she did, she stands by her choice. She chooses to grow from it by seeing it as another valuable experience and even opens up about it to other people. She expresses a sense of grief of a future that could have been, but realizes her life is enriched in other ways. Like solving the mystery of why butterflies are attracted to the color purple or discussing the hot button issue of bugs hitting a windshield. She’s always found joy in the world around her, and while the future is uncertain, that aspect of her personality will never change.

Regret pervades the majority of I Know You Rider, but it still manages to have an atmosphere of careless freedom reminiscent of her earlier work, Present. The decision to have, or not have, children is perhaps the most personal and difficult choice many will ever make in their lives, and Leslie Stein comes to realize there were no right or wrong answers for the choices she faced – only the one that was best for her. And perhaps that’s all that matters, making the decision that was best for her, and standing by it. 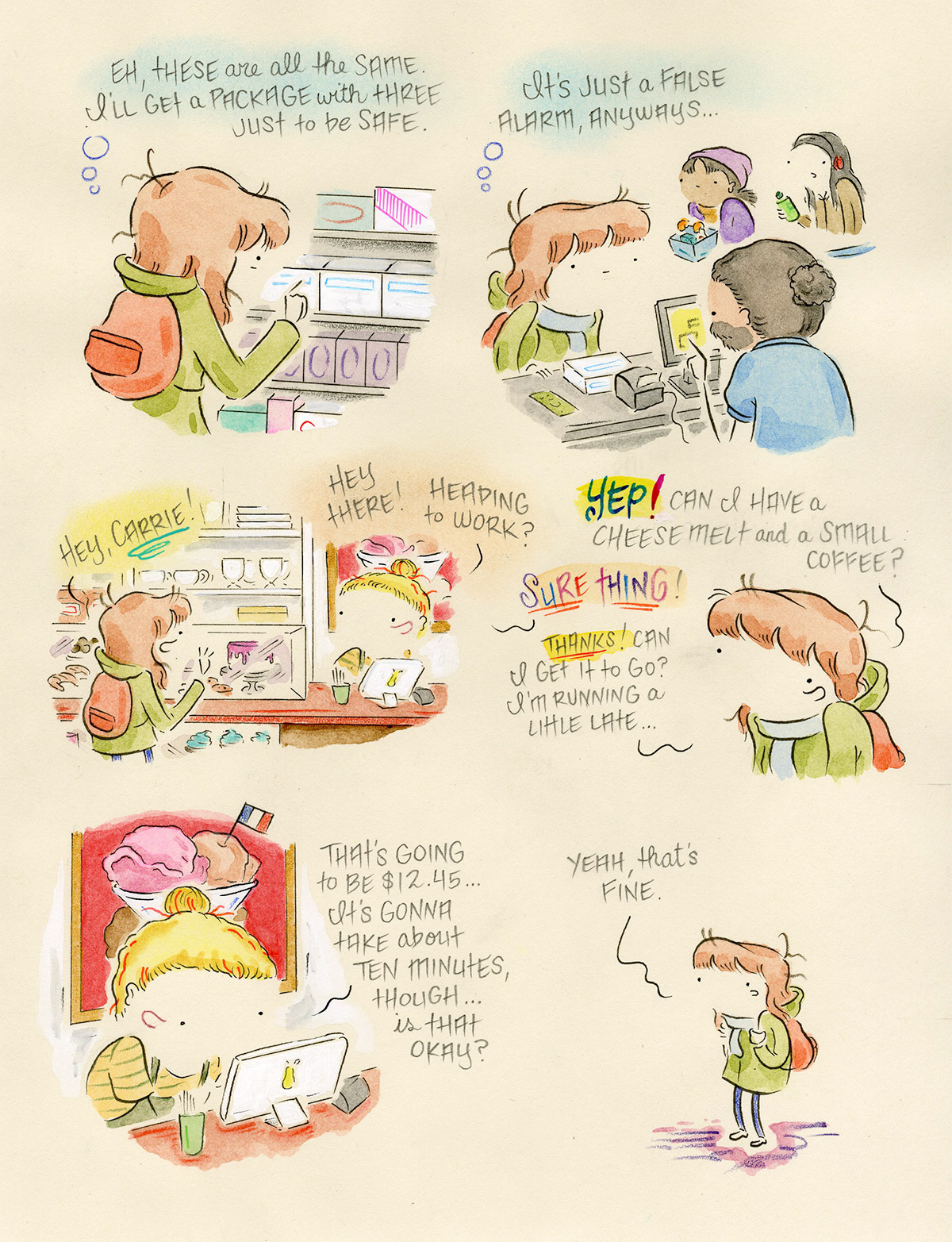 Doctor Strange in the Multiverse of Madness (2022)

Rebecca & Lucie and the Case of the Missing Neighbor (2021)

Billionaires: The Lives of the Rich and Powerful (2021)

Okay, Universe: Chronicles of a Woman in Politics (2020)