During the Cold War, an American government laboratory brings in a new “asset” – a bipedal amphibian creature (Doug Jones in an awesome costume). After it attacks the man who brought it in – Mr. Strickland (Michael Shannon) – the facility has two of their cleaning ladies come in to clean up the mess. They are chronic complaining African American Zelda (Octavia Spencer) and the mute Elisa (Sally Hawkins).

Elisa strikes up an accord with the Amphibian Man… feeding it hard boiled eggs, playing music for it, and teaching it to communicate through sign language. Of course, she does all this under the radar so as not to get caught by Strickland, but she gets spotted by Dr. Hoffstetler (Michael Stuhlbarg) who’s actually a Soviet spy working in the facility to either learn from the creature or make sure the Americans don’t.

After witnessing Strickland torturing the Amphibian Man, she plans to break it out of the facility and enlists the help of her aging gay neighbor Giles (Richard Jenkins) to do so. And from there, the shit hits the fan as Strickland makes it his mission to re-acquire the asset and Elisa falls in love with it.

With director Guillermo del Toro, you know The Shape of Water is going to be a little on the weird side right off the bat. It has the same feel as some of his other films with unusual creatures, a slightly “dirty” look, and an arthouse feel. On the flip side, since it’s a Guillermo del Toro flick, you also know it’s going to be good!

There are moments that will make you jump and maybe even feel queasy and on-edge, and it’s easy to see glimmers of Creature from the Black Lagoon that del Toro says was the inspiration behind this story as he saw the movie as a child and always wondered what if the woman loved the creature back.

Those jumpy moments are balanced with a healthy dose of hilarity. Octavia Spencer showcases a sense of comedic timing and delivery that borders on genius, and Richard Jenkins gives his fair share of laugh-out-loud moments as well.

The score sets a unique mood that will have you grinning ear to ear, as will the bonding moments between Elisa and the Amphibian Man. When things start to get sexy, though, things become a little uncomfortable. They try to normalize this by having Eliza explain how she feels about the Amphibian Man and why their bond is so powerful and important to her… but at the end of the day it still feels a bit off since they’re essentially trying to defend bestiality. Which doesn’t work. No matter how hard they try, the romantic aspect of this film just does…not…work!

Everything else about The Shape of Water is beautiful and magical; it’s a real cinematic work of art. There’s high stakes, intensity, hilarious moments, fantastic acting, a soundtrack I want to go out and buy right now, great special effects for the Amphibian Man, and powerful storytelling. But the bestiality aspect made me feel awkward and it actually made the movie feel like it started to drag during those scenes. Like being forced to watch a deeply disturbing image that goes on for far too long and you’re never allowed to close your eyes.

There’s powerful messages of love and humanity needing to spread out to all species, which feels timely today not just with how humans treat one another but how they treat creatures as well as it seems like every day there’s new stories on social media about people abusing animals. But there’s a huge difference between being humane to all God’s creations… and having sexy time with them. 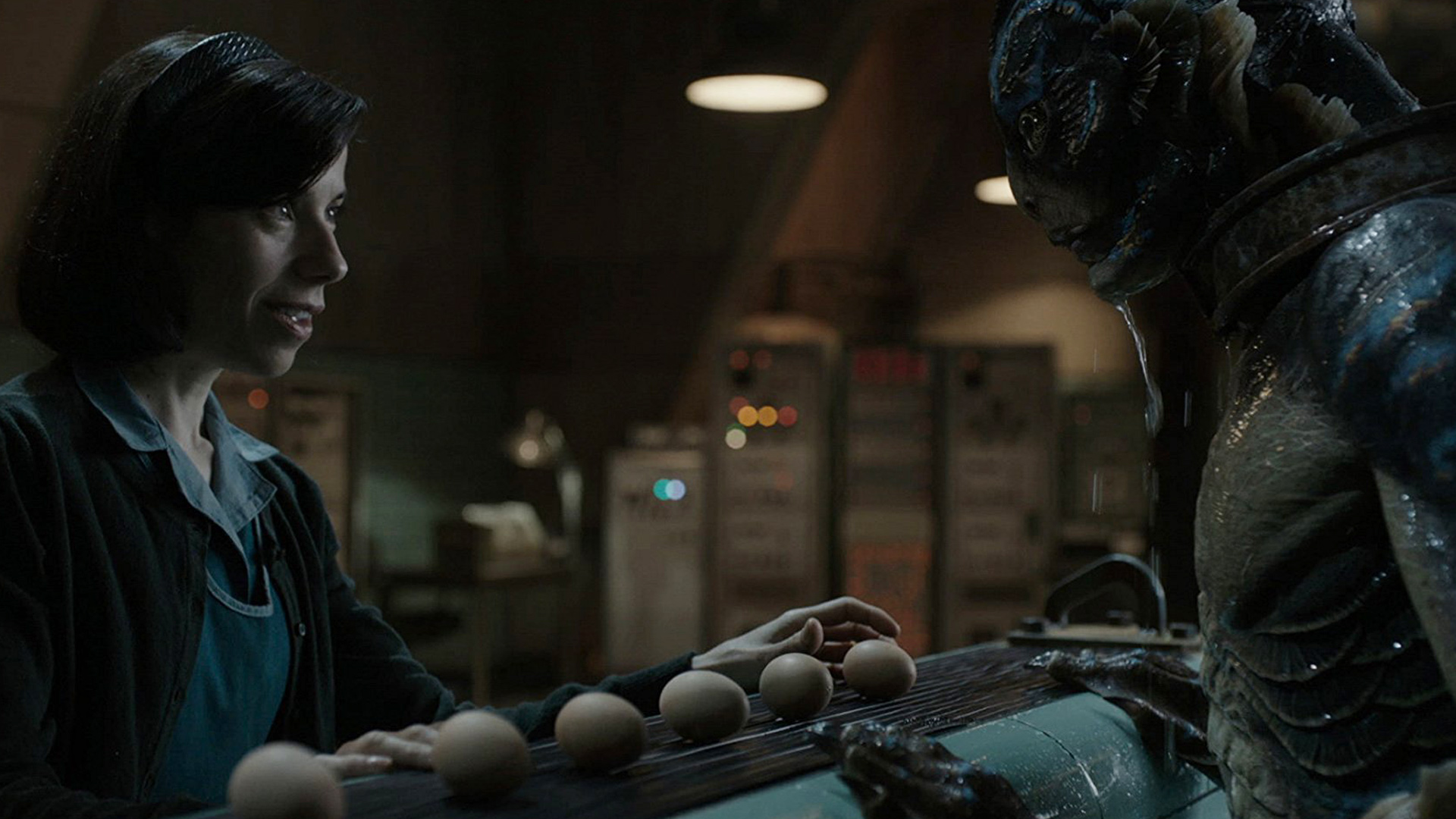 About the Author: Travis Seppala

Popzara welcomes guest reviews, editorials, and other fascinating pieces of original content. Think you have what it takes to join the fun? Contact us and find out today!
Social: