Dying in the virtual world feels meaningless, a punishment for failure that often left me with the urge to chuck my controller across the room. I’ve never thought of dying as a “reward”, but more a consequence of action and motivation to improve the next go around. Next Up Hero takes this mechanic and channels it into a rewarding experience that in the long run will not only benefits you (the player), but those heroes who come after you. With each “death” your character leaves behind an Echo, a ghost that can be raised by the next person to help them in battle.

Beat ‘em ups aren’t my usual forte, but Next Up Hero did a good job of holding my attention without feeling like a massive grind of gathering gold coins and progression. You begin by fighting your way through Ventures, areas with varying degrees of levels that can be anywhere from ten to eighty parts. As you move into each new level, raising Echoes that accompany you throughout the Venture.

Echoes fight alongside you, and while not as strong as stock Heroes, can still dish out plenty of damage and serve as a distraction. Upon death you can either choose to take over an Echo to fight with another player or heal them. There’s other reasons for raising Echoes too; if you find yourself in a tight bind combining them helps create Guardians who can do anything from holding enemies in place to dropping bombs from the sky.

I didn’t realize it at first, but playing as a Guardian Angel is the only way to regain health. It’s frustrating to battle my way through tons of monsters only to die because there’s only one foreseeable way to recover health. I’m not a big fan of only having one way to regain health, but I can see how this might encourage teamwork between players. Besides, who doesn’t want to kick back and play healer while someone else does the legwork?

Play sessions are presented in bite-sized chunks, at least the ones I played didn’t last more than ten to fifteen minutes at a time. When I’d move on to the next area a thrill went through me knowing I was the first person to do so. On the other hand, when I died it was a relief to know my “death” wouldn’t be in vain. Wherever I died another Hero would take over and have a chance to progress further and hopefully finish the Venture. Rinse and repeat for best results.

Ventures can also vary in their difficulty and know when to provide a challenge to keep you on your toes too. Most of the time I was tasked with wiping an area clear of monsters, but challenges would pop up from either finding my way in the darkness to running around avoiding rocks falling down on me from overhead. It can be overwhelming when thrown together, but it does jolt you out of the comfort of just having to hack-and-slash your way through endless hordes for hours on end.

Next Up Hero works hard to not just break the mold of your average top-down brawler while still managing to feel familiar in its own right. I love the concept that “dying” can be a reward to help the next player progress. It’s a friendly way of encouraging people to play with one another without forcing you to participate if you don’t want too. I wish there were more options for single play, such as ways to regain health easier, but otherwise it’s a fun multiplayer experience like none other. 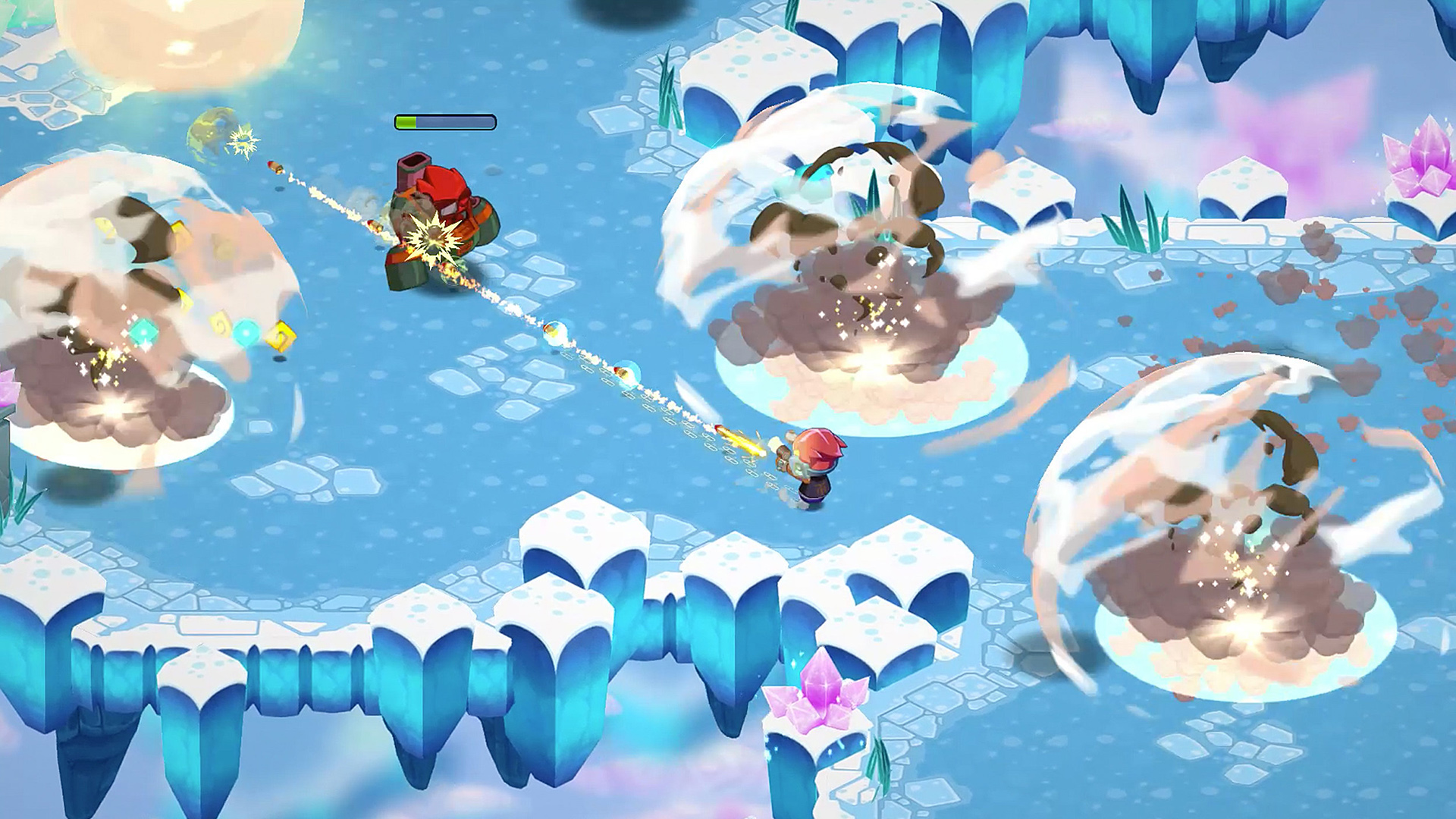 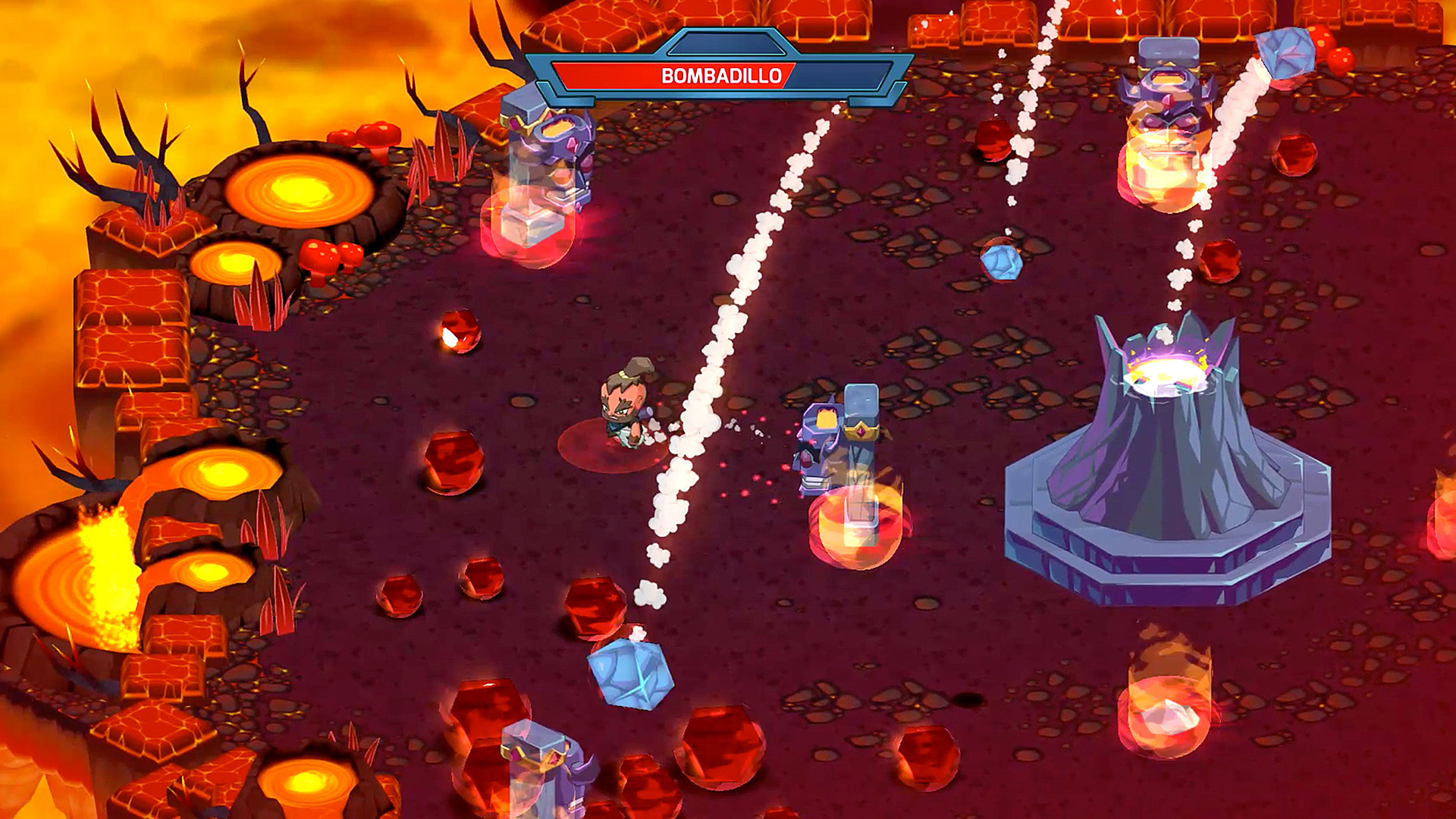