Nintendo’s been on a roll with its heavy-hitting franchises lately. The Legend of Zelda: Breath of the Wild swept 2017’s Game of the Year awards across publications and gamers alike, for instance, while Super Mario Odyssey was a fantastic experience in itself. Heck, we even saw a great set of Pokémon adventures and heard rumors of a new Metroid Prime on the way. Momma mia!

Naturally, that means it’s time to get Kirby out for a new adventure in Dream Land, right? Well…keep dreaming. Kirby Battle Royale might not be the adventure you’re after.

Kirby Battle Royale pits a hundred Kirbies against one another in a life-and-death struggle to see who will survive…wait, that’s not what this one is? Oh, right. Actually, Kirby Battle Royale is a minigame collection that sets out to determine who truly is the best marshmallow man. It’s a simple game with a simple plot (there’s a tournament! enter and win!) and it’s fairly sparse on content, making it a better choice for kids and extremely casual players who don’t need a lot of meat in their games to be satisfied. Choose a version of Kirby or one of Kirby’s friends and get to minigaming.

Surprisingly, beating each other up using Kirby’s powers isn’t really the focus of this title. That’s certainly an option, don’t get me wrong, but it’s one option out of many. Other minigames include tag, asteroid-dodging and the ever-popular apple gathering contest. None are especially complex; even the actual combat doesn’t have a lot going on thanks to the ease that characters can be knocked down and rendered temporarily invulnerable.

The focus of this party game is, unsurprisingly, on its multiplayer, and Kirby Battle Royale offers both online and offline options. They’re not too bad and it’s not difficult to find others to play with online, which is unsurprising this close after launch.There’s a single-player story mode as well, but it just consists of a mixture of these combined with RPG-lite walking-and-talking segments, so that’s probably not what you’re after when you pick this one up.

It’s actually kind of a shame that this isn’t a full-on Kirby adventure using this aesthetic and engine; it really could work, since the game looks and feels great. As it stands, it still looks and feels great in bite-sized increments. Even the reading in the story mode is pretty acceptable despite being about as light and fluffy ad Kirby himself; there’s nothing to it, but at least it’s not full of calories.

Despite its pedigree, Kirby Battle Royale is almost certainly not going to make much of a smash, especially as a full-priced handheld release, and that’s a little bit of a shame. Not because Kirby’s latest is especially good (it’s not), but because there’s a lot of potential in the look, feel and controls to make a Kirby game that’s worth the time and money. As it stands, this Kirby-packed party is a little too pricey and a little too content-light to make for a good recommendation. 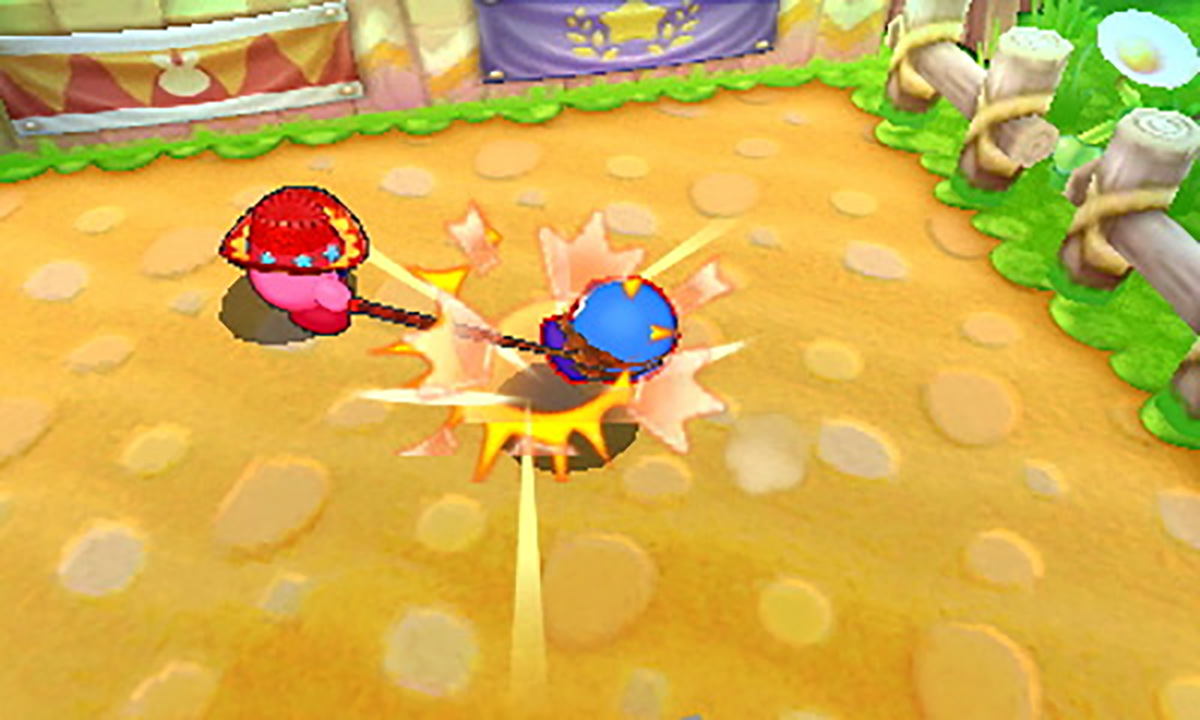 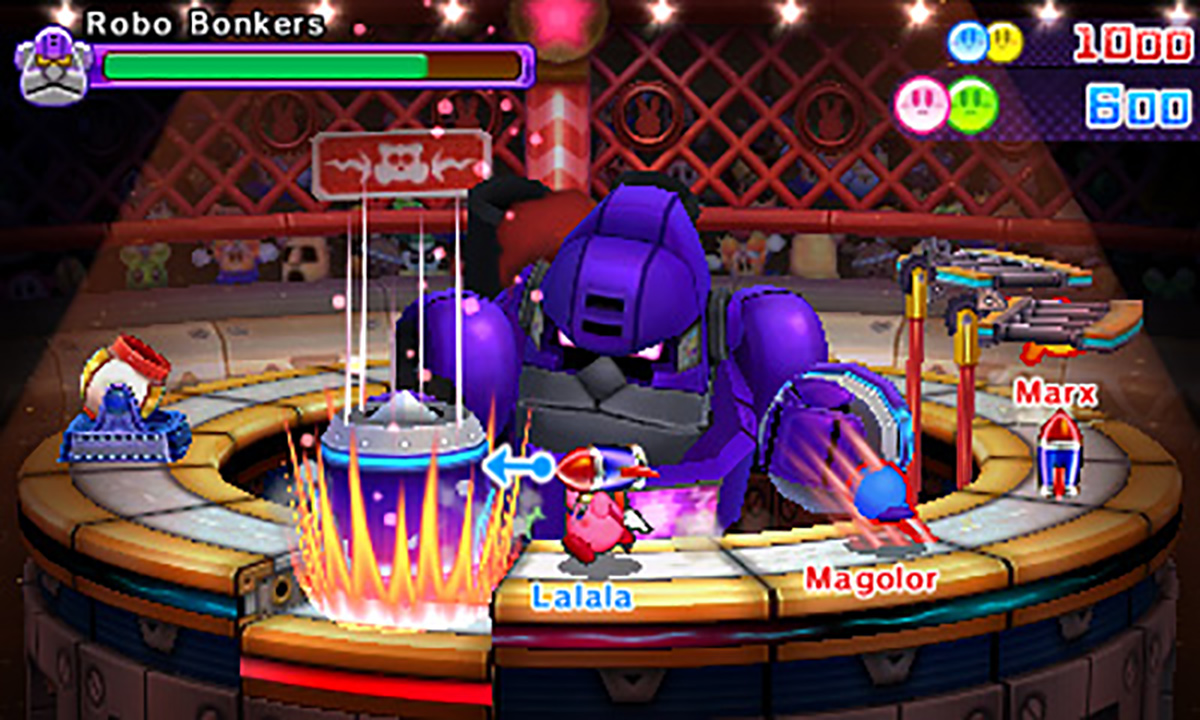